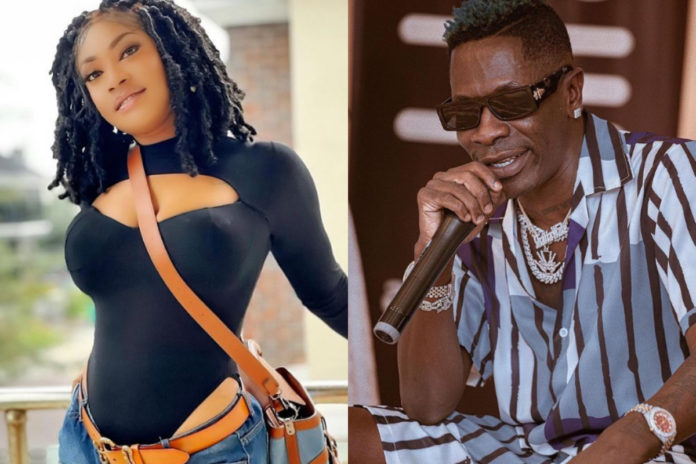 Shatta Wale has bagged a nomination in the 2021 MTV VMAs for his enormous contribution to Beyonce’s Lion King; The Gift album.

Shatta Wale is competing in the best category of ‘Best Art Direction’ for Beyonce’s ‘Already ‘, which also features Major Lazer.

In reaction to the new recognition, Angela Okorie took to the comment section to congratulate Shatta Wale on his nomination, adding that Ghanaians should be proud of him.

She wrote; Ghanaians should be proud of this , This is a whole shatta movement, More wins King 🤴👏 am proud to know you 👊🙌

In reaction to that, Shatta Wale also expressed his appreciation to the actress for the love and support she has show his craft.

In other news, Ghanaian Afrobeat songstress and actress Yaa Jackson has slammed a social media user for sharing an old photo of her.

Yaa Jackson is one of the young Ghanaian songstress in the music industry who came into the music limelight with her hit songs. She grew up as a child actress who featured in most of the Kumawood movies. She is now an artist with hit songs.