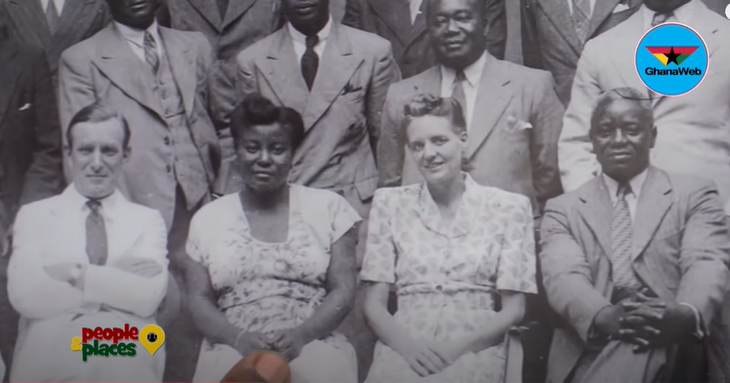 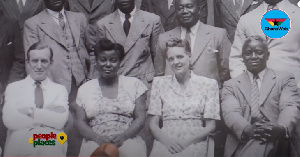 Seated second from the left is Adeline, mother of President Nana Akufo-Addo

Ghanaians have been told unendingly about how William, one of two sons of Edward and Adeline Akufo-Addo has taken after his father in virtually every respect.

First taking the physique and passion of his father and then following through with aspirations to govern his motherland, Nana Addo Dankwa Akufo-Addo has been touted as the chip of the old block.

A vintage photograph found in the oldest photo studio in Ghana, the Deo Gratias Studio at Osu in Accra shows Mrs Adeline Akufo-Addo together with her husband Edward and brother-in-law J.B Danquah.

The picture, which was taken in 1948 shows Nationalists of the then Gold Coast who were made to appear before the Watson Committee to investigate disturbances on February 24, 1948, that saw the death of 3 soldiers Sergeant Adjetey, Corporal Attipoe and Private Odartey Lamptey.

The rare photograph was taken by Ghanaian photographer and owner of Deo Gratias Studio, J.K. Bruce Vanderpuije and still sits in the 98-year-old photo studio today.

Now being managed by his granddaughter, Mrs Kate Tamakloe, she talks about how at 23 years, he began making memories with his camera, and throughout the years till his demise, he captured so many big Ghanaian events and stories including Independence Day, Ghana’s first president Kwame Nkrumah in his hay days, and others.

Historian Kofi Yeboah also gave the backgrounds to the photographs, many of which are almost a century old to Wonder Hagan on GhanaWeb’s People & Places.