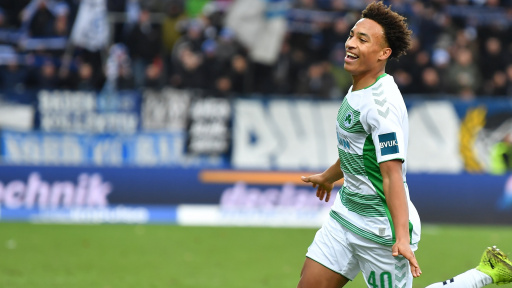 Ghanaian youngster Jamie Leweling netted his debut goal in the German Bundesliga on Saturday when Greuther Furth suffered a drubbing in the season’s opener.

Furth were thrashed 5-1 by VfB Stuttgart at the Mercedes-Benz Arena with Leweling scoring the consolation for the newly-promoted side.

Leweling scored in the dying embers of the match to reduce the deficit.

Wataru Endo opened the scoring for Stuttgart in the 30th minute before Philipp Klement added another before the halftime whistle.

Marc Oliver Kempf with two goals and another from Hamadi Al Ghaddioui made it five goals for the home side before the 20-year-old netted for the visitors.

Ghanaian midfielder Hans Nunoo Sarpei also featured for Furth as he made his Bundesliga debut.