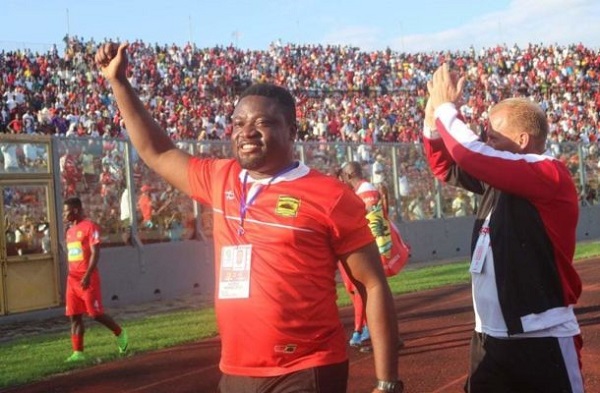 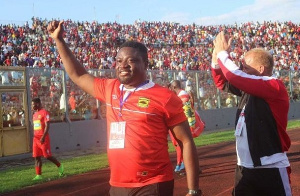 Ex-Kotoko Operations manager, Isaac Donkor aka Perusha has been fingered as the man in the leaked tape attempting to bribe the referee involved in the Kotoko vs Berekum Chelsea MTN FA Cup game.

In the supposed audio someone is heard haggling with the referee to take an amount of money so that Kotoko will lose the match.

Isaac Donkor who was the operations manager for the club when now board chairman Dr Kwame Kyei was the Executive Chairman of the club has denied his involvement in any such audio tape.

In an interview with Kumasi based Ashh FM, he categorically denied that the voice in the audio is his and says he can never do any bad thing to harm Asante Kotoko.

“The leaked tape wasn’t my voice and I have given the opportunity to every supporter of Kotoko to listen to my interview with Ashh FM and judge.

“I was even surprised by the leaked tape which came into to public.

“I am not against Kotoko since i left my post as the operations manager and i even prayed for the team to win the Ghana Premier League but things didn’t go well for us.

“Why can I bribe the referee to officiate against my darling club Kotoko.

“I don’t even know the referee who officiated the Berekum Chelsea vs Kotoko game.”

“How can I bribe referee to officiate against my darling club I will not even do that in my life” he queried.