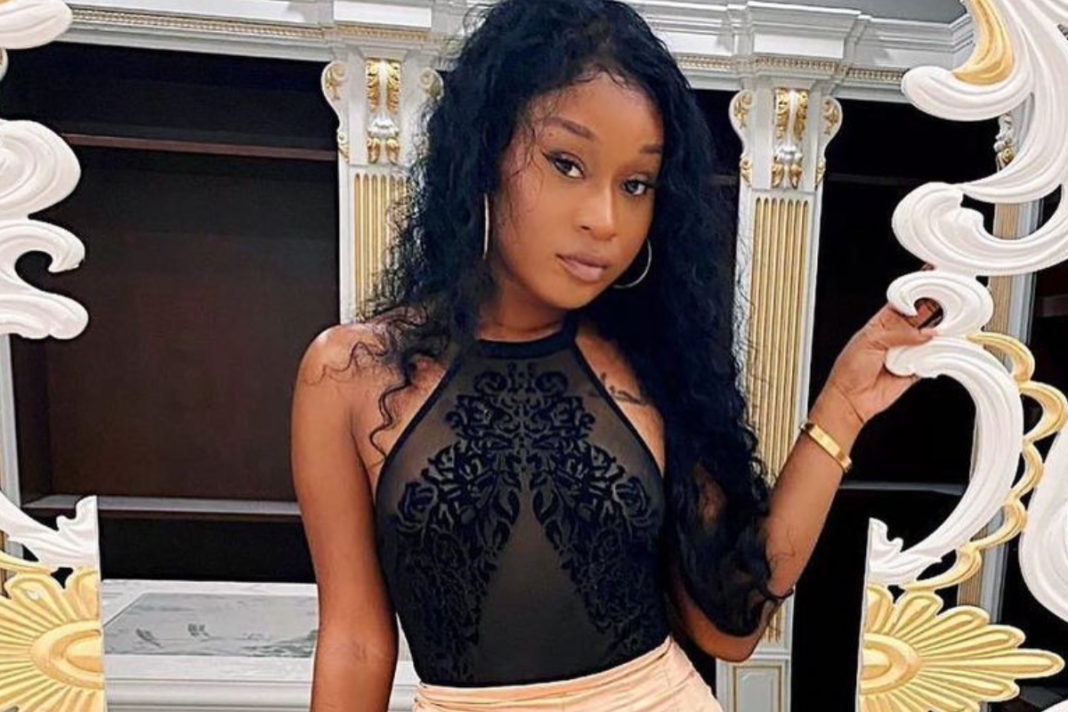 There might be no correlation between what Swerwaa Amihere is going through at the hands of a faceless Snapchat whistleblower which has brought Twitter alive and this new video we just spotted of Efia Odo but the timing is striking.

It’s even safe to say this is the first time we have found Efia Odo bursting loose with so much enthusiasm and effervescence, having become one of the most trolled Ghanaian celebs of our time.

The actress and influencer shared this new video on IG having fun with her male friends or probably siblings in the hall of her modest abode. She shared the video with a caption saying no one can beat her to a dance competiton.

Watch the interesting video below;

Away from that, Ayisha Modi has inadvertently exposed Stonebwoy on how he lied his way through immigration in order to sneak his childhood friend identified as Shatta Fiadzomo aka Shatta Bhim out of the country during one of his gigs outside.

Apparently, Ayisha wanted to point out how ungrateful this young man has been to Stonebwoy upon all the sacrifices the Dancehall/Reggae artiste did for him.

She narrated how Stonebwoy paid all expenses and travelled abroad with his boyhood friend, Shatta Bhim, as one of his crew members, aided him to beat immigration and abscond to start life over there but he foolishly came back to Ghana with a stupid excuse that he sleeps in a couch.

Ayisha Modi also claimed that Stonebwoy set up a shop for Shatta Bhim to sell Bhim products but never bothered opening the shop to sell the products and rather went around to badmouth Stonebwoy.