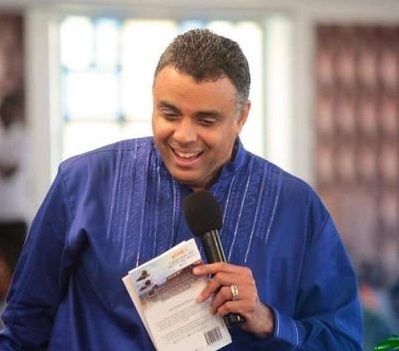 The Art of Leadership By Dag Heward-Mills

Everything depends on leadership and a leader is often the symbol of strength of any group. A fleeing army is a pathetic sight. Often, the fleeing army perceives that it is about to experience total destruction. In fear and terror, they turn around and run for their very lives. Strong mighty men who could have fought, are convinced that there is nothing better to do than to escape the onslaught.

Now the Philistines fought against Israel: and THE MEN OF ISRAEL FLED FROM BEFORE THE PHILISTINES, AND FELL DOWN SLAIN in mount Gilboa.

And the Philistines followed hard upon Saul and upon his sons; and the Philistines SLEW JONATHAN, AND ABINADAB, AND MALCHISHUA, SAUL’S SONS. And the battle went sore against Saul, and the archers hit him; and HE WAS SORE WOUNDED of the archers. Then said Saul unto his armourbearer, Draw thy sword, and thrust me through therewith; lest these uncircumcised come and thrust me through, and abuse me. But his armourbearer would not; for he was sore afraid. Therefore SAUL TOOK A SWORD, AND FELL UPON IT. And when his armourbearer saw that Saul was dead, he fell likewise upon his sword, and died with him

In this account, the children of Israel fled from their enemies, the Philistines. The armies of Israel were routed in battle. Saul was wounded and died in the battle. Saul’s sons were killed. These events always happen together: a captured general and a fleeing army.

When the leader does not even mention the importance of sacrifice, why would any of the troops be motivated to go out? It is the fault of the pastors and bishops if the troops are running away from true missions. The absence of the leader makes the soldiers wonder what they are fighting for. When the leader himself is full of fear the troops do not see why they should do anything.

All troops know that the destruction of the leader heralds their own destruction. When the leader is spiritually dead to God, how will he hear the voice of the Spirit saying, “go into all the world and preach the gospel”?

In the church today, the troops are routed and flee the mission field. The mission fields of the world lie empty and waiting for Christian soldiers to march there. Few people are really doing evangelism. If you suggest certain places or countries for missions, people will reject them. Where are the brave Christians of yesteryear who used to leave the shores of England, Switzerland and America to the ends of the world to preach the gospel till they died?

But today, such troops have fled. They cannot be found on any mission field any more. Why is this? The missionaries have fled the battlefield because many of the generals are captured by the enemy and are living in sin and captivity.

When Christians are no longer ready to go on missions to die for the Lord and to give up their lives, it is because of the pastor. As pastors, our teachings are seeds. We cannot expect a harvest of something that we did not sow. The Scripture teaches, “You are God’s garden.” If the church is full of immature, selfish, self-centred Christians who are willing to do absolutely nothing for God, it is the fault of the pastor.

Because eternity is not spoken about there is no reason to give ourselves to eternal works. Today’s Christians are earthly-minded and oriented towards worldly achievement. This is the fault of the leader who has not sufficiently motivated the troops to go out and give their lives for a good cause.

Dear friend, most of the world does not have these things. Because the church is being led by such captured, dead or fearful. When troops flee the battle or are routed it is the fault of the leaders.