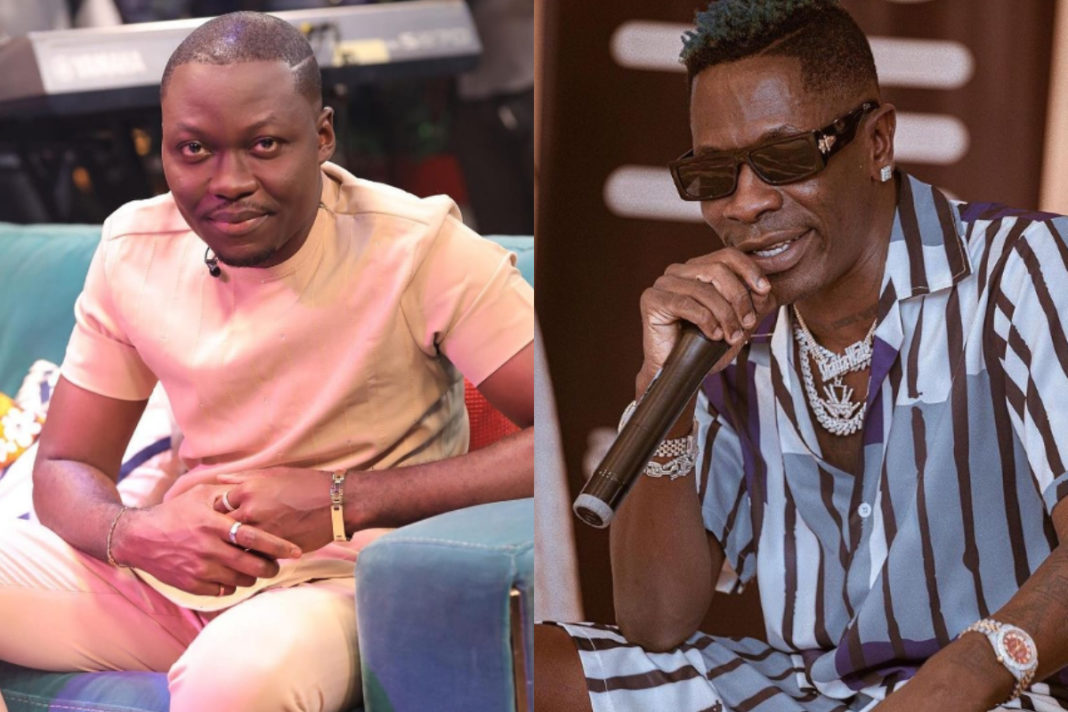 Arnold Asamoah Baidoo has thrown his weight behind Shatta Wale after he secured a nomination at the 2021 MTV VMAs.

READ ALSO: “You Lack The Experience”-Arnold Asamoah Baidoo Jabs Amerado Over His Beef With Obibini

Shatta Wale bagged the nomination for his enormous contribution to Beyonce’s Lion King; The Gift album.

Shatta Wale is competing in the best category of ‘Best Art Direction’ for Beyonce’s ‘Already ‘, which also features Major Lazer.

In reaction to that, Arnold Asamoah Baidoo who has earlier described Shatta Wale as inconsistent and disrespectful has thrown his weight behind Shatta Wale in winning the prestigious award.

In other news, one of the most decorated rappers in Africa, Michael Owusu Addo, well known as Sarkodie has finally shared his thoughts on Amerado’s recent freestyle at Tim Westwood TV.

Amerado recently amazed Ghanaians with his tremendous talent during his freestyle at Tim Westwood TV. The rapper was hailed by many on social media for representing the country with such greatness.

Speaking in an interview with Tim Westwood, Sarkodie revealed that Amerado has the same energy he’s got and kind of sounds like him whenever he raps.

According to Sarkodie, Amerado reminds him of when he came up as a freestyle rapper and it seems the young talent looked up to him and leant a thing or two from him, thus the similarity.

He also mentioned that with his kind of rap style, there is a whole generation built with similar styles and Amerado happens to be one of them.

Well, Tim Westwood who revealed that he was amazed to see a rapper sound exactly the same as Sarkodie said that Amerado might probably take over the Number 1 spot after Sarkodie.