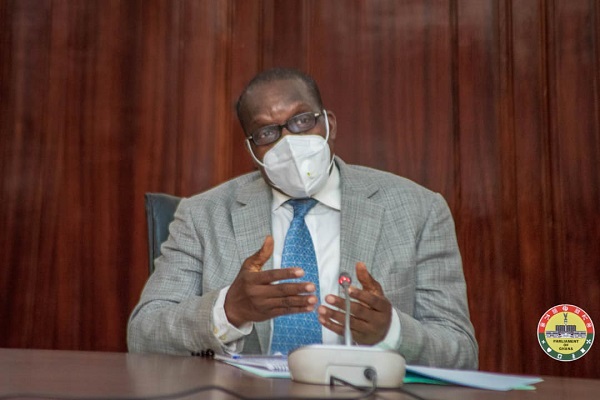 Speaker of Parliament, Alban Bagbin has charged some Ethiopian MPs to disregard the negative aspects of the country’s democracy and take only the best with them back to their country.

According to the speaker, even though Ghana’s democracy has been widely celebrated, there exist some bad practices that are not worth emulating especially given the struggle of Ethiopia to adopt full democracy.

A delegation from Ethiopian Parliament is in Ghana to study the country’s democracy.

The Speaker of Parliament, Alban Sumana Kingsford Bagbin, described the current system of having only two major political parties in Parliament as a duopoly instead of a multi-party system of democracy, making it difficult for any other party to win an election to form a government or have even had a representation in Parliament.

He said, this kind of duopoly system has changed the Ghanain system where the two bigger Parties, the NPP and NDC are influencing the electorate with money to win elections, making is it Very difficult for the other smaller parties to do the same, and such monetization practices in our elections must be discouraged in order to give a fairgrounds to all parties.

The Speaker added that being an opposition does not mean, you are to obstruct government business, as he, the Speaker, coming from the opposition party, would not engage in such behavior or act, since all that they do in Parliament is for the interest of Ghanaians but not for their parties.

He further said, he has assured the NPP government led by President Nana Addo Dankwa Akufo-Addo that, he will do anything not to obstruct the business of Parliament by remaining neutral in processing government business on the floor of parliament to a successful end.

Mr. Bagbin made all these comments when a delegation from Ethiopian parliament paid a courtesy call on the Speaker and Parliament of Ghana to learn how Ghana has been able to grow and maintain its democracy in order to emulate the same in Ethiopia as they also hit the way of democracy.