Your tour is alien; abort it or be obstructed – NDC warns cadres 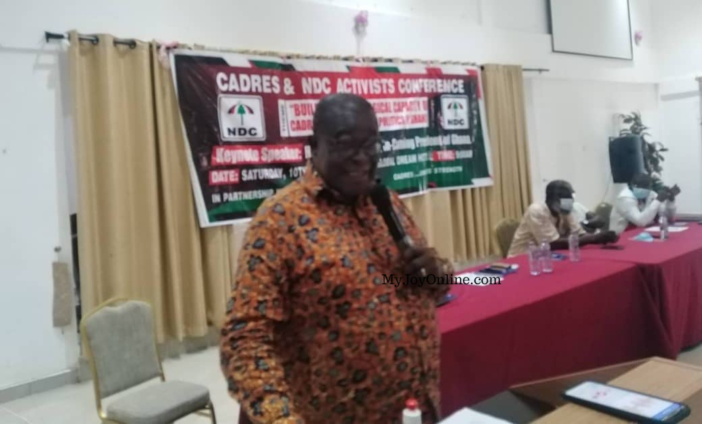 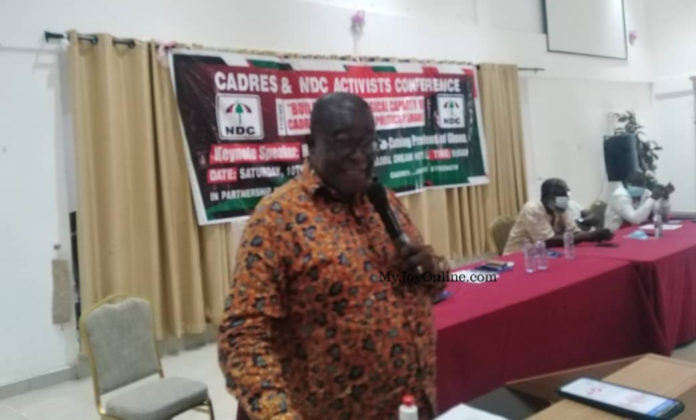 The Eastern Regional Secretariat of the National Democratic Congress (NDC) has kicked against a tour embarked on by a group of cadres.

Describing the tour as alien, the Regional Secretary, Kudjo Adukpo, in a statement, urged them to immediately abort their programme or be obstructed.

“The team has so far been to Okere, Nsawam-Adoagyiri, Nkawkaw, Mpraeso, and Abetifi constituencies even after being engaged informally and being asked to suspend such engagements though the Eastern regional Cadres front, in an official letter to the Regional Secretariat, has denied knowledge of such a programme.

“The said tour is alien to the Regional executive committee since no such proposal has been brought to our attention for consideration. Our checks from the National Secretariat also indicate the said tour does not have the endorsement of the party’s Functional Executive Committee (FEC).

“We are also worried about the content of the message these elders are sharing across since it has the potential to provoke others and create anarchy.”

The statement continued: “As a senior party man who currently chairs the Regional Council of Elders, Mr Antwi Bosiako Sekyere must be mindful of the fact that the party has structures and, as such, shouldn’t embark on activities that undermine same.

“Also, the deliberate invitation of branch executives and cadres to attend the said meeting in all the constituencies visited, without notifying Constituency Executive Committees, thus far casts doubt on the genuineness of the intention behind this illegal tour.”

According to the Regional Secretariat of the NDC, “failure to halt the tour, the regional secretariat will be left with no other option than to trigger the party’s disciplinary process and other obtrusive actions to stop them from further engagements.”

The secretariat, the statement concluded, is focused on re-organising the party per FEC’s directives; hence, it “will not condone any distraction and acts that may disunite our base”.

Meanwhile, Joy News sources within the party indicated that the cadres led by Antwi Mr Sekyere are using the tour to promote some candidates for the regional, national, and flag-bearer elections against the current party officers.