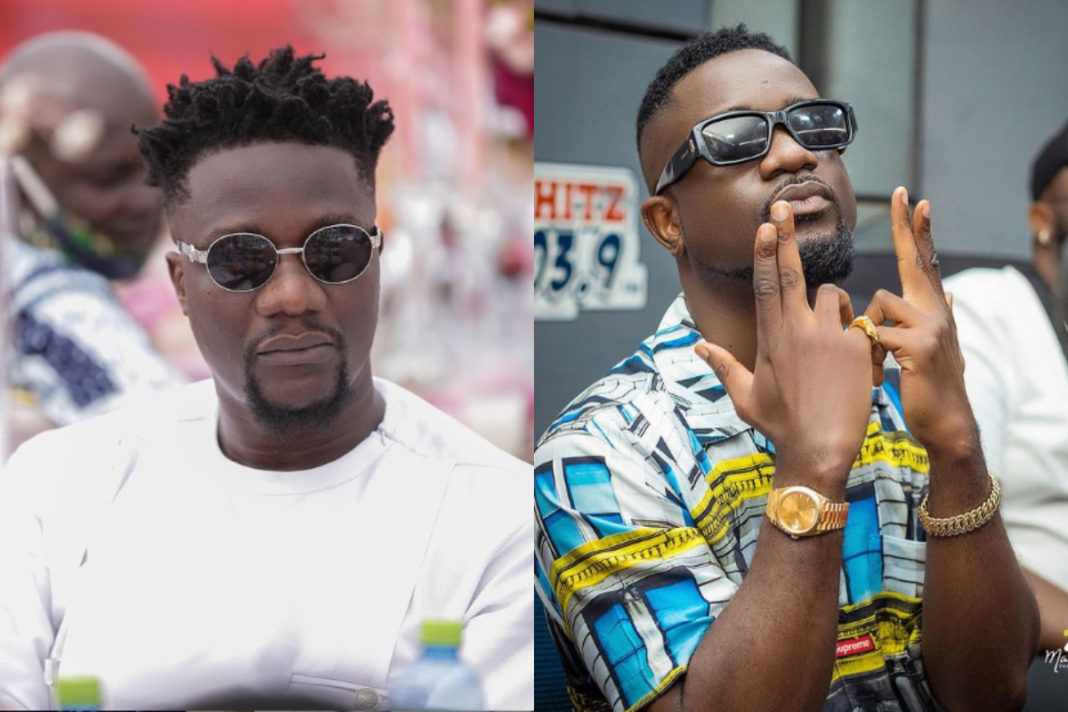 This week has been all about Obibini thanks to his unexpected lyrical war with Amerado.

As his personality gets shrouded in the new hype he’s getting, the Zylofon signed artiste was hosted by ace TV and radio personality Giovano Caleb on TV3 where he dropped a comment that has since sparked a huge debate online.

When he was asked during the tail end of the interview to name his top 5 rappers in Ghana presently, he mentioned M.anifest, Lyrical Joe, Strongman and Black Sherif.

Yeah-conspicuously missing is Sarkodie, Ghana’s best and most decorated rapper of the last decade.

When Giovani Caleb drew his attention to the fact that he has omitted Sarkodie’s name regardless of his opinion being subjective, Obinini offered an interesting reaction.

He said although Sarkodie is good, he won’t make it into his top 5 list of best rappers now. He added that Sarkodie will only make it if he extends the list to the top 10.