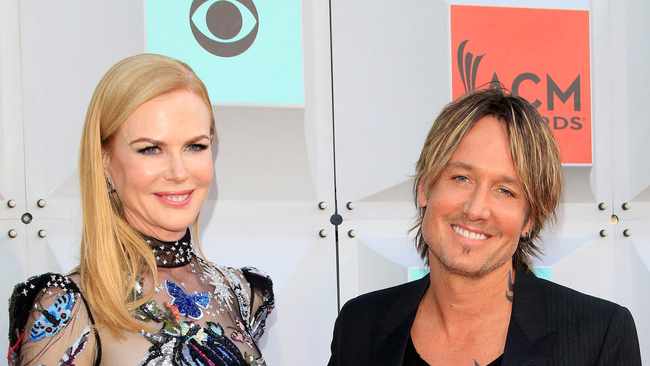 The 54-year-old actress recently filmed racy scenes with Hugh Grant in ‘The Undoing’ and Alexander Skarsgard in ‘Big Little Lies’, but she says her husband never gets jealous as he understands the artistic process.

She told E! News’ Daily Pop: “My husband is an artist, so he understands all of it. He also doesn’t get involved.

“He sees the show at the very end when it’s a show, all edited together, and he’s fresh eyes.

He doesn’t read any script, he really doesn’t know what’s going on on the set, he’s got his own career that he’s completely absorbed in. He doesn’t know much about what I’m really doing.”

Keith, 53, and Nicole have been married for 15 years and have daughters Sunday Rose and Faith Margaret together.

They first met at the 2005 G’Day USA gala and both agreed it was love at first sight, although neither knew how the other person felt.

Nicole said previously: “I remember thinking, I had such a crush on him, and he wasn’t interested in me.”

Keith explained: “I swear to you, she glided across the room, floated. I don’t know how she did it. It was out of this world and there was a split moment where she wasn’t with anybody, and I thought, ‘I’ll just go up and say hi.’”