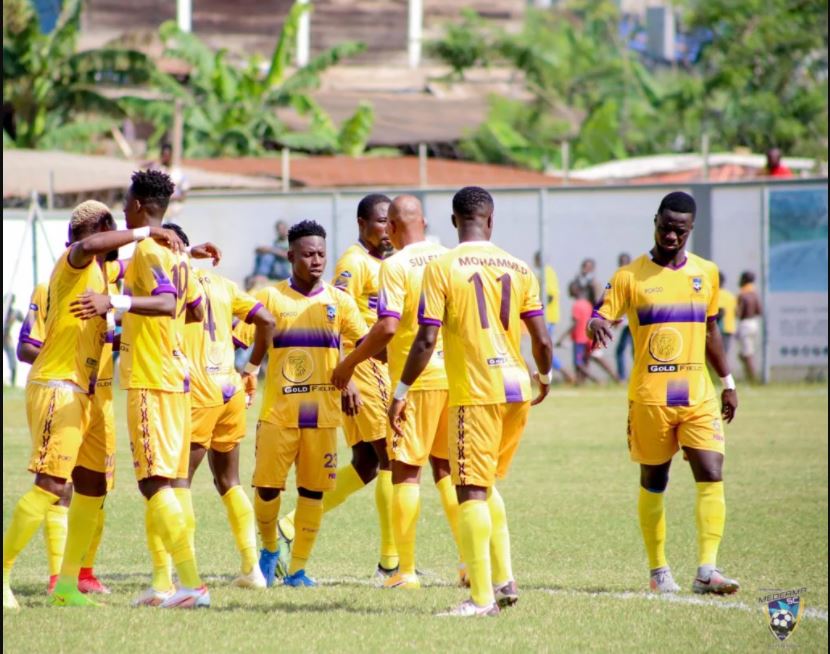 Medeama SC will participate in the 2021/22 CAF Confederation Cup following the intervention of the Ghana Football Association (GFA).

The Mauves and Yellows earlier declined to represent the West African country in the Caf inter-club competition.

AshantiGold SC, who were the runners-up of the 2020/21 MTN FA Cup competition was billed to play in Africa but missed out on that opportunity having failed to get a license.

This however opened up space for Ghana Premier League runners-up Asante Kotoko to play in the second-tier of Africa’s club football competition.

The Porcupine Warriors who have been subject to criticisms after ending the campaign trophyless have also rejected the offer to play in Africa.

However, after an intervention from the FA, CAF has decided to grant a request to have the one-time MTN FA Cup Champions play in Africa.

This will be the second time the Tarkwa-based side will be making an appearance in the CAF Confederations Cup having played in that same competition five years ago where they managed to reach the group stage in their maiden appearance.

Medeama SC’s budget for the competition is been finalized to be presented to its sponsors Goldfields Ghana and Ghana manganese company Ltd for approval.

The Yellow and Mavue finished the season on the 5th position with 54 points.