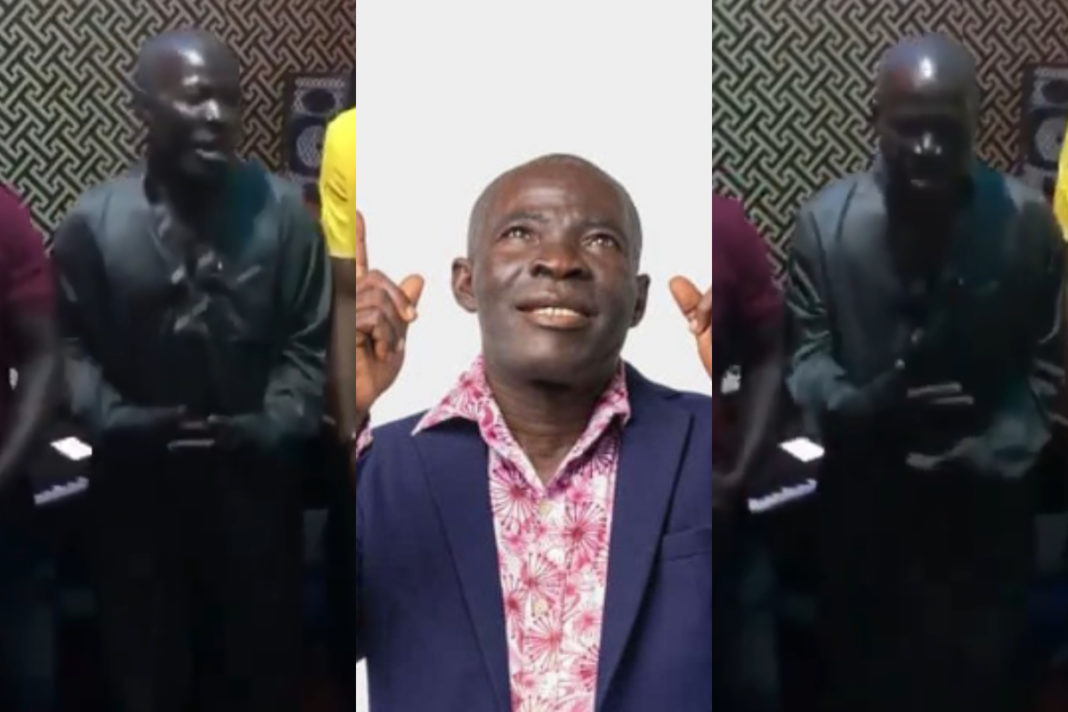 Popular Ghanaian madman now transformed to a fine gentleman, Mona Mobl3 has now added music to his certificate as he prepares to drop his first song titled “Mona Mobl3”.

Born Kofi Ampofo used to be a madman wandering in the streets of Accra. He became popular for his popular catchphrase “Mona Mobl3”.

Ghanaian Journalist, Kofi Adoma of Angel FM took it upon himself to transform the madman into a gentleman upon the realization that he has regained his sanity and could be useful to the society.

In a video sighted by ghgossip.com, Mona Mobl3 was seen with some folks in a music studio as they jam to his yet-to-be-released song dubbed “Mona Mobl3”.

In other news, one most important thing most Sark Nation fans are waiting for is for the ‘No Pressure’ album by their leader rapper Sarkodie to appear on the Billboard chart and they can’t wait for it to happen.

The SarkCess record label boss released his highly anticipated ‘No Pressure’ album about two weeks ago and the album was met with a lot of mixed feelings and reactions from Ghanaians and fans around the world.

The first controversy sparked after the rapper released the tracklist and the various artists he featured on the album. Netizens and fans of the rapper felt disappointed when they realized Sarkodie didn’t feature any top international artist on the album.

In a new development, Sark Nation fans who are promoting the album on the various musical platforms and charts are pushing so hard for the album to be well recognized and presented in most of the world’s top musical charts.