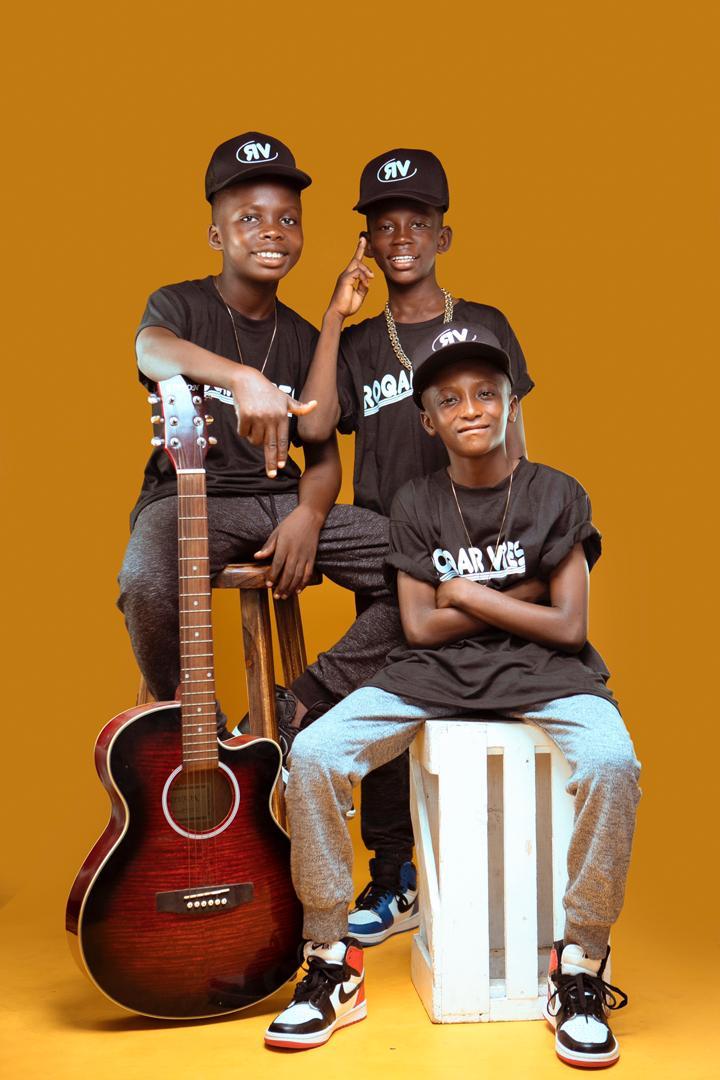 Three teenage boys with age ranging from 11 to 13 are making musical waves in the Tema Region.

The talented trio have shown prowess in dancehall and have become the toast of fans in youthful musical genre.

The three: Master Kelvin Nsiah, Master Sheriff Abubakar, and Master John Obiri Otu are all Junior High School pupils of St Stephen Anglican School in Tema, who have hit the musical entertainment landscape with their new brand of performance.

The adolescent dancehall artistes with the help of their producer, Forqzy Beats who serves as manager have some singles including ‘my money’ to their credit.

The lead vocalist of the group is Nsiah, 13-years-old JHS two pupil, Abubakar, 12-year-old, and the youngest Out is eleven years old are both ragger chargers, together produces melodious songs and titillating display of footwork’s and body movement to the amusement of observers.

Mr. Richard Nana Adu Bhonerg, Chief Executive Officer of 90 Degrees Tribe and head of management for ROQAR Vibes told the Ghana News Agency in Tema that the trio promises to give to the world their best of songs to educate and entertain their peers, and funs.

Mr. Bhonerg said as the teenagers were developing their talents, their management had put together a special team to solely see to their upkeep and academics to ensure that they acquire education to the highest level and not drop out because of their interest in music.

He said it was their aim to guide the young musicians to attain their future dreams of becoming a medical doctor, lawyer and police officer respectively for Nsiah, Abubakar and Otu.

He advised parents and guardians to nurture the talents of their children while encouraging them to attain academic heights as that could also be a source of income for them in the future.

Tema is known not only as the hub of industries and a Port city but can also boast of producing a number of musicians over the years in almost all genre of music.