Anfoega Senior High School gets new Board of Governors 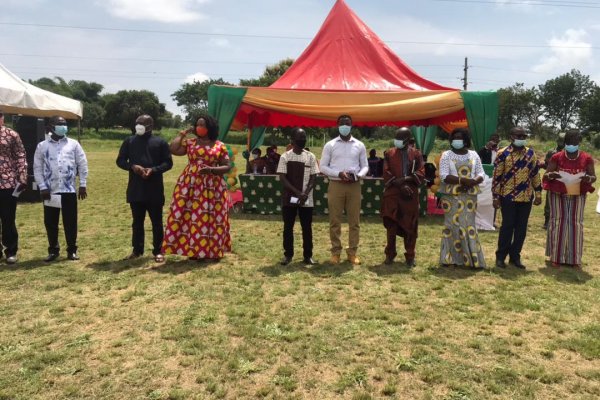 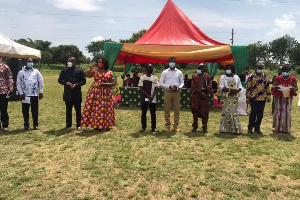 A 13-Member Board of Governors of the Anfoega Senior High School has been inaugurated at Anfoega in the North Dayi District of the Volta Region.

The Board is the highest decision-making body of the school and will control the general policy of the institution subject to further directives from the Minister of Education through the Ghana Education Service Council.

It will also ensure the discipline of the highest order among staff and students of the institution and advise the Head in the discharge of his/her duties.

Madam Enyonam Afi Amafuga, the Volta Regional Director of Education, said the Board submit to the Ghana Education Service Council through the Director-General, the Regional Director an annual report on the preceding year covering all aspects of activities in the school.

Madam Amafuga was speaking at the inauguration of the reconstituted Board of Governors of the School in Anfoega.

She said accepting the responsibility meant that they have all, individually and collectively, agreed to share their rich and varied experiences, strengths and abilities in guiding and directing the Management of Anfoega SHS to achieve not only academic excellence but also raise youth with impeccable moral character for national development. 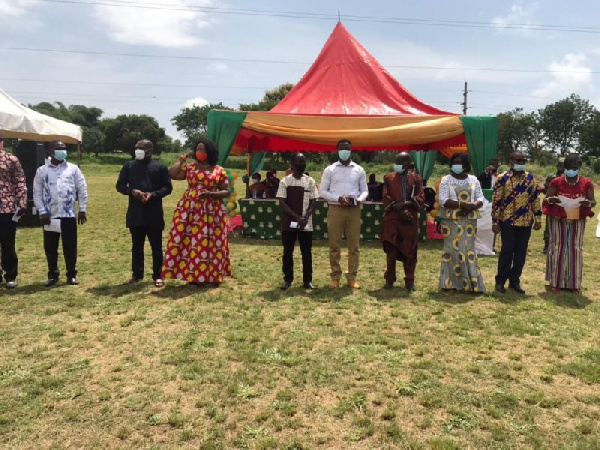 The Regional Director commended the out-going Board for their dedicated service to Anfoega SHS during their tenure of office.

She said members of the Board were being appointed at a time when second cycle institutions face numerous challenges.

These include indiscipline among students, the downward trend in academic performance, the practise of occultism, inadequate supply of infrastructure, teaching and learning materials and other logistics

“We are convinced that your knowledge, expertise, skills and goodwill; would translate into boldly addressing the challenges that Anfoega SHS faces for the school to rise to enviable heights hence your appointment to serve on its Board,” she added.

Madam Amafuga said as much as was expected of the Board in the discharge of its duties, it sometimes interfered with the legitimate functions of the Headmistress.

She said the tendency sometimes results in avoidable friction in schools but the antidote, however, was for the new Board Members to become very conversant with the Board’s Constitution and Guidelines and apply them religiously.

“…The Board is generally advisory but has the duty to give approval to annual budgets proposed by Management for running the school. It also has the responsibility to approve certain levies and developmental projects in the school,” she said.

She called on staff and students to cooperate with the Board in the discharge of their duties, indicating this would ensure that peace prevails in the school.

“It is in this environment of peace that stakeholders will be able to optimally focus on how to fulfil the school’s mission and vision,” she added.