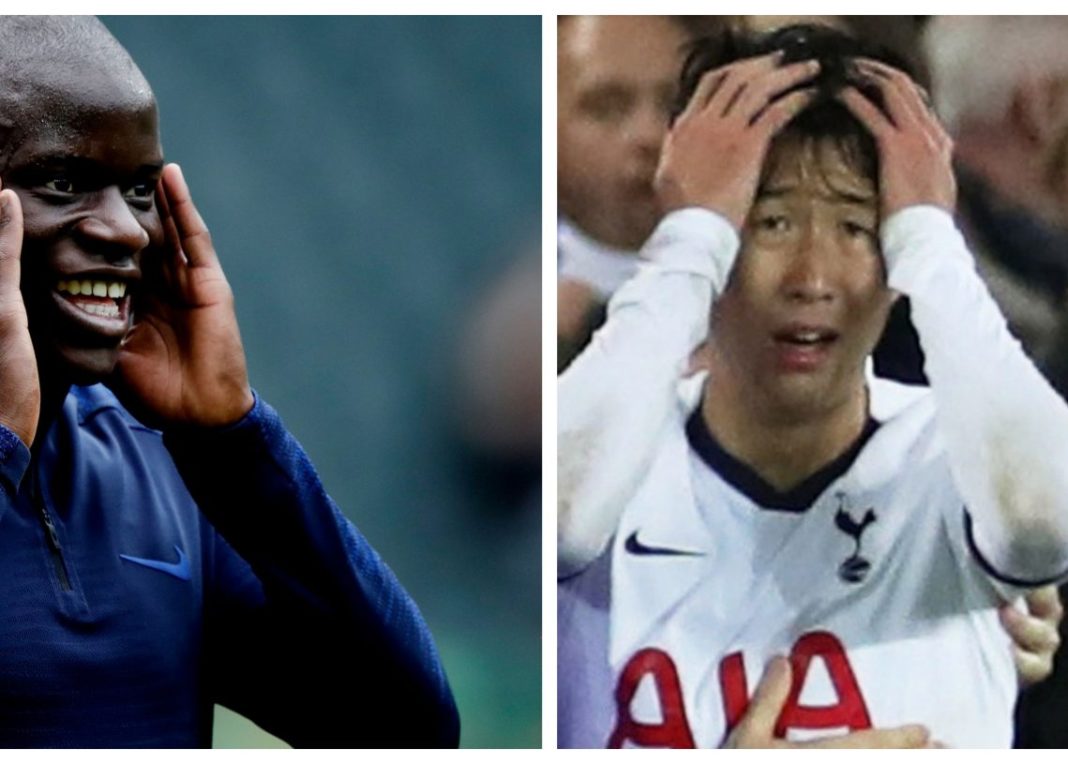 Chelsea midfielder N’golo Kante taught Tottenham Hostspurs’ forward Heung-min Son, a bitter tackling lesson when he stunned him with a wild nutmeg in a friendly match.

The diminutive Kante has proven time and again that he is arguably the best defensive midfielder in the world and that came to the fore in the friendly match that was played yesterday.

Son began the game on a high note by making key interceptions and moving the ball forward.

However, when he made a rushing tackle on Kante from behind, the French midfielder was quick to slip the ball just through his open legs with precision and skill. Son was left stunned.

The nutmeg was so beautiful that the commentator had to exclaim, the spectators rumbled and Kurt Zouma and other teammates placed their hands on their heads and opened their mouths in awe.

The match ended in a 2:2 draw but N’Golo Kante proved his mettle once again and gave pundits, more reasons to believe that he deserves this year’s Ballon d’Or.

Check Out the Videos Below:

Kante back to doing what he does best.

Ziyech carrying on his impressive pre-season form with a beautiful strike.
I’ve got a good feeling about this season. 😍💙 pic.twitter.com/otclONrPuc

Shatta Wale Does It Again