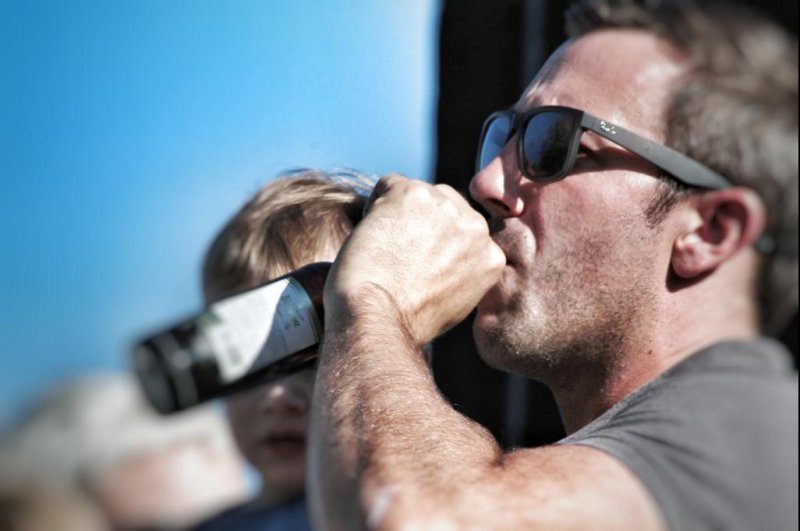 Aug. 5 (UPI) — Children of heavy drinkers are at increased risk for a mental health disorders, serious injuries or illnesses and criminal behavior, an analysis published Thursday by the Journal of Studies on Alcohol and Drugs found.

In the review of data from 91 studies, 79 of which focused on the effects of heavy parental drinking on children, the offspring of parents who consume large amounts of alcohol are more likely to develop mental health problems compared with those of parents who are healthy drinkers, the data showed.

Children whose mothers drink heavily are also at increased risk for mood disorders such as depression and for stress-related conditions such as anxiety and obsessive-compulsive disorder as well as attention-deficit hyperactivity disorder, or ADHD, the researchers said.

Several studies also suggest that children of parents who drink heavily are more likely to engage in criminal activity, have difficulty finding work as they age and become victims of violent crime, according to the researchers.

“Within the last 10 years, there has been an expansion of research on consequences that extend beyond the drinker,” the researchers, from Aarhus University in Denmark, wrote.

“Although some studies show that harm because of strangers’ drinking may be more prevalent, harms caused by close relations, such as household family members and friends, may be more severe and distressing,” they said.

About one in five children in the United States have lived with an alcoholic relative, the American Academy of Child and Adolescent Psychiatry estimates.

Growing up in such an environment has been linked with an increased risk for emotional problems as well as alcohol use disorder, or unhealthy drinking, according to the academy.

Most studies on the harm that drinking can cause to family members have relied on surveys, the researchers said.

This means that they are relying on parents to report any harms to children themselves, and these parents may, in fact, be under-reporting harms occurring to children in their own household, they said.

However, the 91 studies included in this analysis were designed to assess the effects of parental alcohol consumption on children based on hospital and other centralized records, so-called register-based studies, according to the researchers.

This allowed “more serious, persistent and rare outcomes” to be assessed “from birth through adolescence and beyond,” the researchers said.

Based on the findings of the included studies, children of parents who drink heavily experience a range of poor outcomes, called “alcohol’s harms to others,” they said.

These include mental health disorders in childhood, infant or child mortality and later being convicted of a crime, the data showed.

The children are also more likely to have lower academic achievement, experience abuse or neglect and be placed in foster care, according to the researchers.

“The findings from the current review are generally consistent with previous reviews of largely non-register-based studies, which demonstrate increased psychosocial problems among children exposed to parental substance use,” they wrote.

Nominees for Forty Under 40 awards announced