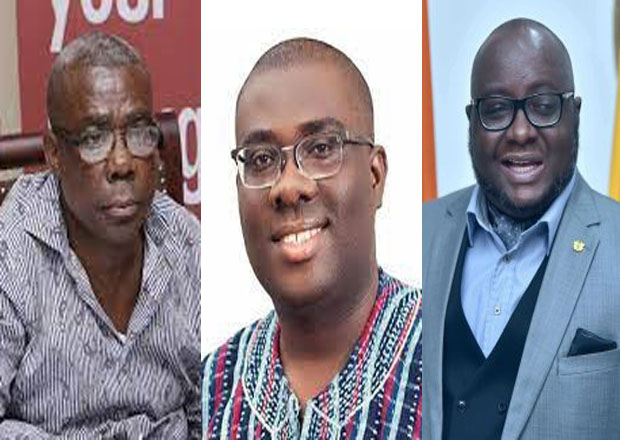 The list of appointees to serve on boards of government organisations continues to grow as many people expect appointments from the Akufo-Addo-led New Patriotic Party (NPP) administration in its second term.

The latest to be appointed is Peter Mac Manu, the campaign manager for President Akufo-Addo in both 2016 and 2020 elections, who is going to become Board Chairman of Ghana Cocoa Board (COCOBOD).

He will replace Hackman Owusu Agyemang who had served as the Board Chairman in the first term of the Akufo-Addo administration.

Mr. Mac Manu and other members of the board are expected to be sworn in on Friday by the Minister of Food and Agriculture, Dr. Owusu Afriyie Akoto.

President Akufo-Addo has appointed Michael Oquaye Jnr as the Chief Executive Officer of the Ghana Free Zones Authority (GFZA), replacing Michael Okyere Baafi who was elected as the NPP MP for New Juaben South in the Eastern Region and subsequently became the Deputy Minister for Trade and Industry.

Until his appointment, Mr. Oquaye, a lawyer, was Ghana’s High Commissioner to India with concurrent accreditation to the Bangladesh, Sri Lanka and Maldives.

The free zones organisation has been designed to promote processing and manufacturing of goods through the establishment of Export Processing Zones (EPZs), as well as to encourage the development of commercial and service activities at sea and airport areas.

Already, NPP National Organiser Sammi Awuku has been appointed as the new Director-General of the National Lottery Authority (NLA).

Mr. Awuku, who takes over from Mr. Kofi Osei Ameyaw, is expected to inject some massive transformation into the state-owned institution.

Until his appointment as the NLA boss, Sammi Awuku was the Board Chairman of the Youth Employment Agency (YEA).

Also, the immediate past Minister of Zongo Development, Dr. Mustapha Hamid has been appointed as the Chief Executive Officer (CEO) of National Petroleum Authority (NPA).

Dr. Hamid who was the Information Minister in the formative days of the NPP administration took over from Hassan Tampuli, who has been elected as the Member of Parliament for Gushegu and subsequently became Deputy Minister of Transport.

Dr. Hamid was the Deputy Campaign Manager for President Akufo-Addo and the New Patriotic Party (NPP) in the 2020 general election.