No child of mine would become a teacher 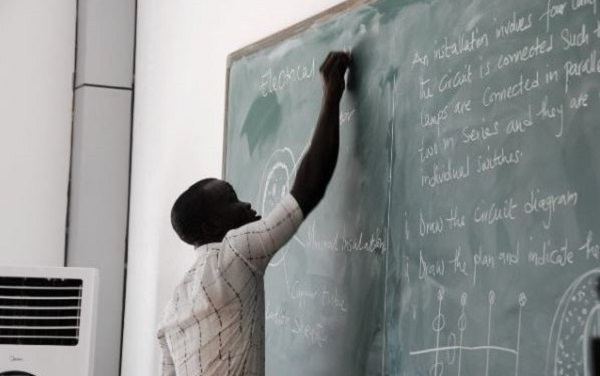 According to the teacher, a nation that does not respect its teachers is not worth dying for

A Ghanaian teacher Nobert Gborgbortsi has revealed he will never allow any of his children to pursue his path.

The teacher says Ghanaian teachers are not respected, and as someone who has worked as a teacher, he would not allow any ward of his or an associate to work as a teacher.

He said what the president posited showed he did not have an alternative remedy to address challenges confronting Ghanaian teachers.

“A nation that does not respect its teachers is not worth dying for. Being a teacher in Ghana does not come with any form of honour. I will never allow my children to follow my path,” he added.

He further described the 4% increment in salary for public sector workers as an insult.

He said organised labour had a timeline to reconvene a meeting with the government and renegotiate the 4% salary increment. Still, the leadership is adamant and bent on perpetuating illegality by forcing members to accept the percentage increment.

“The leadership which is supposed to be law-abiding is doing otherwise whilst the members rather turn to be law-abiding. If by the 11th of August 2021, nothing is heard about the leaderships’ position on the issue of renegotiations. [In that case], members across the country will have no option than to close down all Union offices until further notice.”