Land borders may be reopened 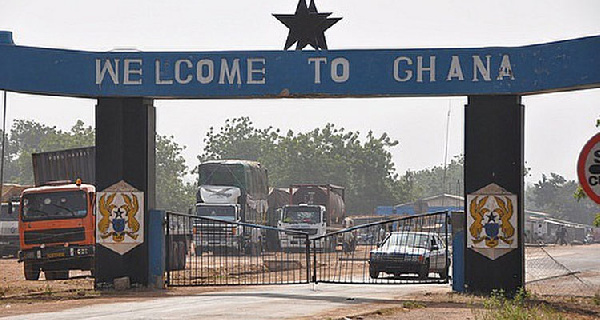 Land borders have been closed since the outbreak of the deadly coronavirus last year.

Though there have been several calls by some people in the business community to have the borders opened for them to stay in business, the borders remain closed.

At least, traders will soon heave a sigh of relief as the former Deputy Health Minister, Dr. Bernard Okoe-Boye, has hinted that land borders may be reopened soon.

According to him, other antigen technology will be used at various borders to test cargo drivers and loaders.

Based on how the new strategy works, government might consider the reopening of borders.

Speaking on Asaase Breakfast Show on Tuesday, August 3, 2021, Dr Okoe-Boye said, “So, as we speak officially our land borders are closed, but cargo is allowed, and you know cargo comes with the driver and one or two loaders. So, what is happening now is that the COVID test board chaired by the President has approved the use of other antigen technology at some of these borders so that at least the drivers of these cargoes can be subjected to test.”

“Now based on the experiment, how the testing goes, we might consider opening the borders with that technology or with that testing in place,” he added.

Meanwhile, President of the Ghana Medical Association (GMA), Dr Frank Ankobea, has raised concerns about the rising coronavirus cases in the country.

Speaking on the same show, he called on government to strengthen the surveillance at the land borders to curb the importation of the virus and other variants.