John Mahama hints of another comeback, says 2024 is NDC’s year of victory 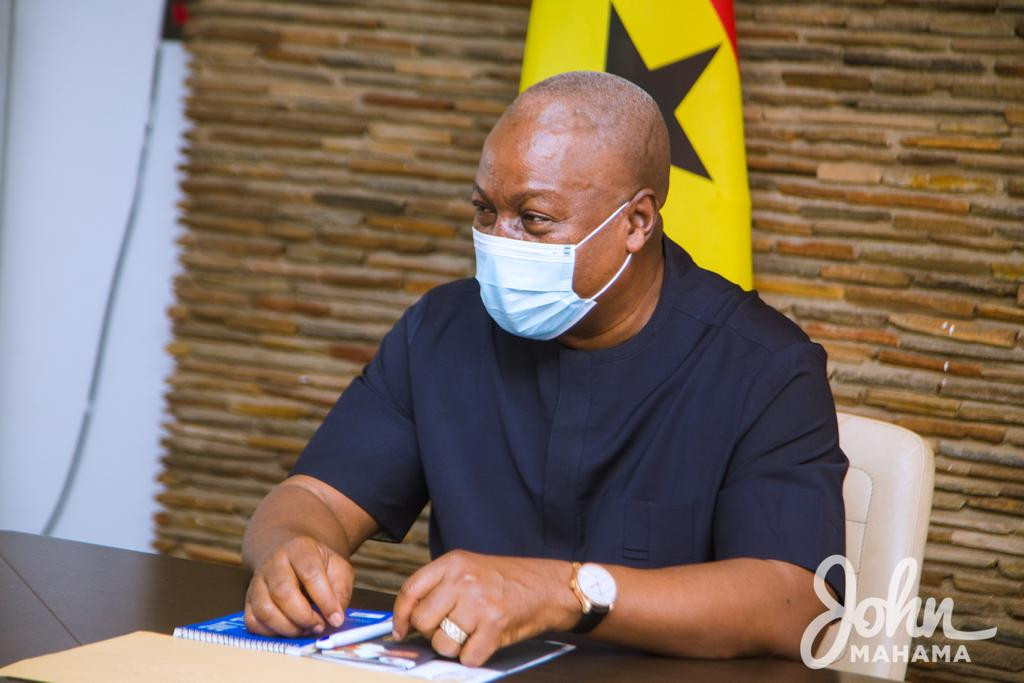 Former President of Ghana, John Dramani Mahama has indicated that the National Democratic Congress will win political power in 2024.

He expressed this optimism when he addressed the press on his visit to the Volta Region with the NDC’s Volta Caucus over the recent tidal waves.

The former President said “let us not be disappointed and discouraged, they say he who fights and loses lives to fight another day. What we have to do is to focus on the party, selecting a flagbearer to lead us again and I’m sure by 2024 by the Grace of God, NDC will come back into office.”

The 2020 Flagbearer for the NDC acknowledged the people of the Volta Region for their role played in the election patting them on the back for not disappointing him.

Speaking on the development in the country, the former President advised the current government to continue existing projects and not introduce new projects when there are existing ones that are not yet done.

“It’s a major problem; everywhere you go in the country you find projects left by previous governments that were not continued.

“That is why we said that when we come back into the office for the first year we were not going to start new projects; we were going to use the resources to continue and finish all the projects that have been abandoned by previous governments,” he said.

Help me apologise to Lilwin