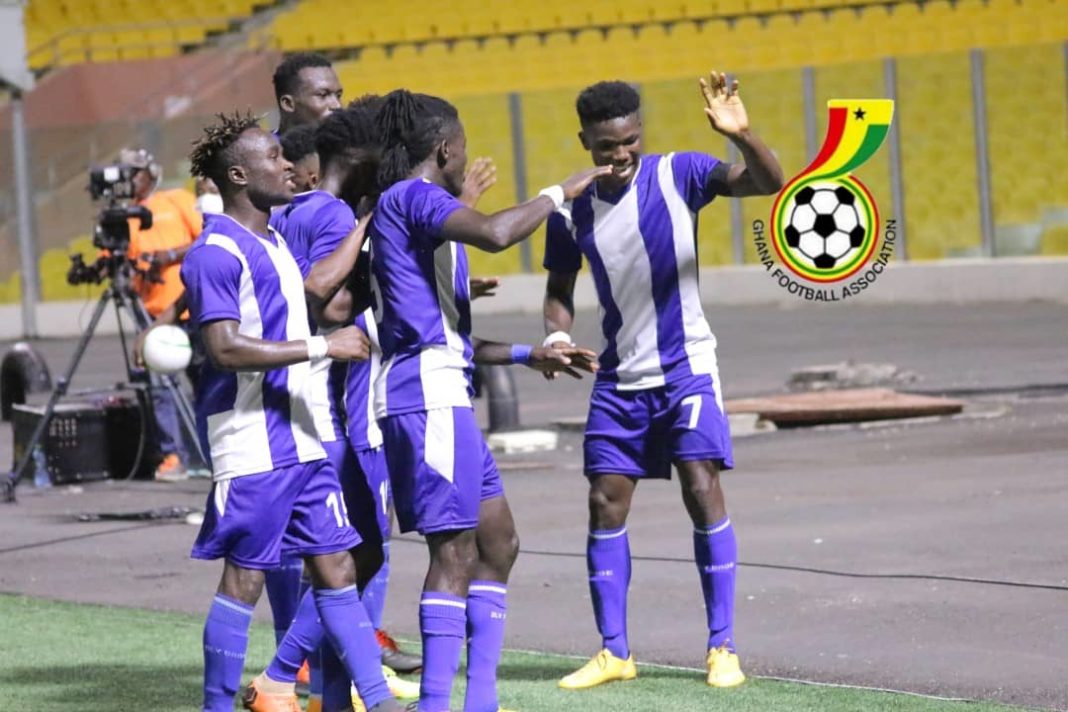 Great Olympics head coach, Annor Walker, says he is disappointed that his team missed out on the top four spot in the Ghana Premier League season.

Olympics finished the 2020/21 campaign in the sixth position; a position which has not gone down well with Coach Walker.

He targeted at least a spot in the first four, especially after having an extremely good start to the just-ended season.

“I went to the top of the table on two occasions (in the first round). In the second round, I started good, beating Medeama here (Accra) then all of a sudden, Legon Cities beat us. Seriously to the end of the second round, I was not happy losing matches to lower teams,” he told Asempa FM.

“Honestly, it made me feel very bad.”

The Accra-based club took four points off champion’s Hearts of Oak, Asante Kotoko and Medeama SC which at some point saw them climb to the top of the standings twice.

Beating WAFA back to back was also one of their highs in the league.

But a jerky form in the second round of matches which included losing to then relegation-threatened teams like Eleven Wonders and Legon Cities at the Accra Sports Stadium cost them the title.

The Wonder Club are looking to strengthen their squad in the transfer window as they seek to build a redoubtable team for next season.

They will have to sort out the future of their key players in the team with talisman Gladson Awako and Maxwell Quaye heavily linked with a move to Hearts of Oak.

GFA, Sports Ministry to discuss salary with Rajevac before agreement

Owusu Bempah must have regrets about storming Agradaa’s house