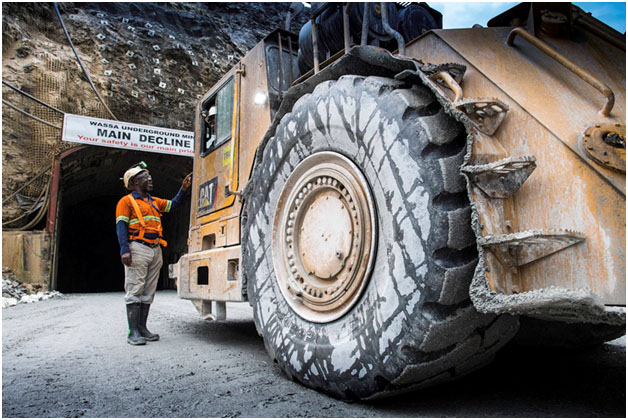 File Photo: A photo taken at the mining site

The Golden Star Resources, (GSR), Wassa Mine continue to witness increased investment in infill drilling and development ahead of planned future production expansion.

The company was also looking at a good cash positioning in the second quarter of 2021 for the business, necessary investment in infrastructure as part of the growth processes within the next five years.

Mr. Andrew Wray, the President and Chief Executive Officer of the Mine in a zoom meeting with Journalists said, “our primary objectives for half year 2021 are to continue to position the business for future growth, as well as address the repayment of our convertible debt by end of August 2021”.

According to him, the increase in cash position to $72.7million and the successful refinancing of their Macquarie Credit Facility had given enough fiscal boost to their business.

The Golden Star Resources now has adequate liquidity to be able to settle convertible debentures on maturity, Mr. Wray added.

Meanwhile, production from their sole Mine operating Mine at Wassa totalled 37.9 thousand ounces at a sustaining cost of 1,182 per ounce.

Half year production for 2021 totalled 78 thousand ounces at a sustaining cost of $1,140 per ounce.

The latest figures, the CEO stated had put the company on Track to deliver on Production guidelines of between 145 and 155 thousand ounces for 2021.

The company during the half year also made significant contribution towards curbing COVID-19, social investment in their catchment area, training and capacity building as well as environment, health and safety.

The GSR also believed in local involvement with a significant workforce being Ghanaians.

Ghana to host Zimbabwe at Cape Coast Stadium next month