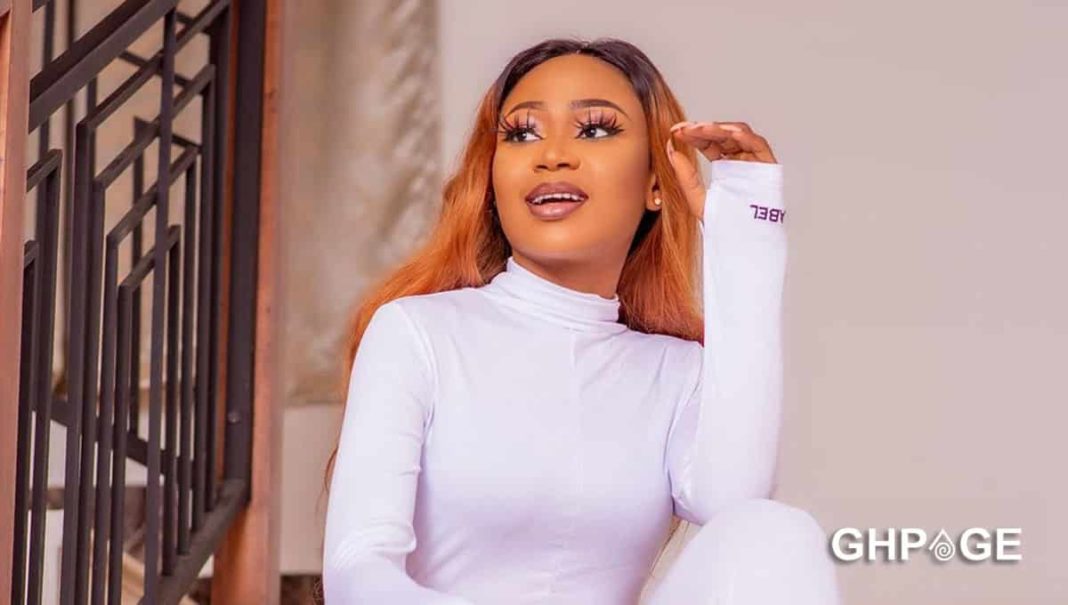 Actress and socialite, Rosemond Alade Brown, also known as Akuapem Poloo, has issued a courteous response to a spine-chilling prophecy delivered by Rev. Reindolph Oduro Gyebi, popularly known as Eagle Prophet, about her.

The General overseer and founder of God’s Crown Chapel, in a video sighted by GHPage.com, said without equivocation that a gang of 12 men are plotting to rape the mother-of-one.

He explained that the sexual torture will lead to Akuapem Poloo’s death as he saw her lifeless body lying in a pool of blood after the dastardly act.

Eagle Prophet further called on Ghanaians to pray for Akuapem Poloo to break apart the dark cloud hovering over her head.

In case you missed it, watch Eagle Prophet’s interview below.

In reaction to what has been described as the doom prophecy by Eagle Prophet, Akuapem Poloo humbly welcomed the preacher’s effort to forewarn her about the plot against her.

A religious Akuapem Poloo who believes “God reveals to redeem” said she trusts that God will save her from the hands of the people plotting to harm her.

She also called on her fans to remember her in their prayers to avert the tragedy from manifesting.

Watch her reaction below.