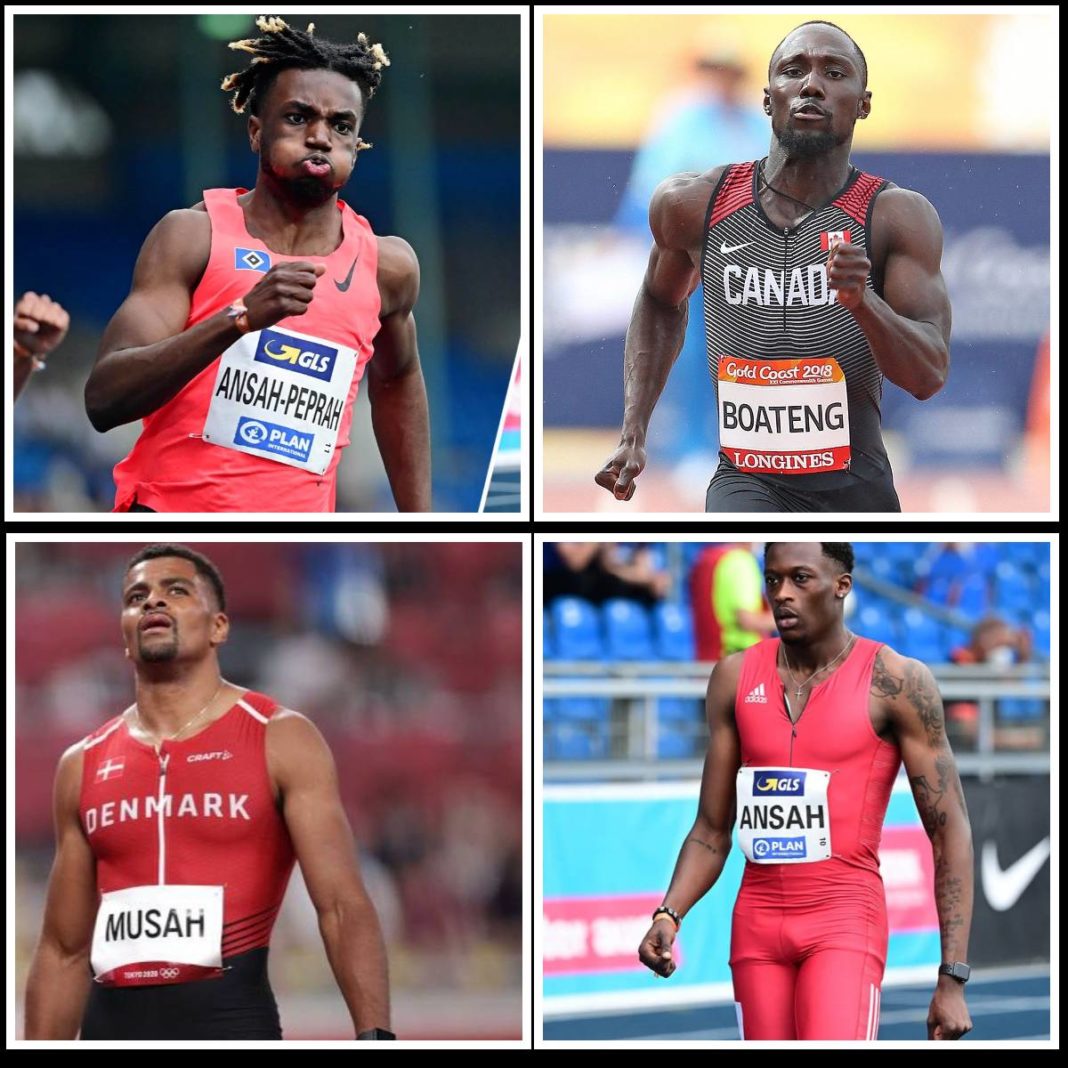 Ghanaians are everywhere. This is a mantra you hear a lot and even if you think it an exaggeration, there are times you are tempted to believe there is truth in that assertion.

At the ongoing Olympic Games in Tokyo, Japan, a lot of athletes of Ghanaian descent have been seen competing for other countries, with others winning medals.

It is not a new phenomenon but it would appear this year, the numbers are a bit on the high side.

Earlier today, Thursday, August 5, the Ghanaian 4×100 relay team qualified for the finals of the relay smashing the Nationa Record in the process. To put it into context, the last time Ghana progressed from the Mens 4x100m Heats was in 1996 Atlanta Olympic Games. That was 25 years ago and only two of the 4 runners today were born at the time.

While that was a big feat, it was surreal to see that there were four other athletes of Ghanaian descent competing for other countries in the relays.

Here are some of the athletes of Ghanaian heritage competing for other countries at the Olympic Games.

Kojo Musah (born 15 April 1996) is an athlete who competes internationally for Denmark. He represented his country at the 2021 European Indoor Championships finishing eighth in the final.

Bismark Boateng (born March 15, 1992) is a Canadian track and field athlete specializing in sprint events. Boateng moved to Canada when he was 14 for better opportunities and lives in Toronto, Ontario.

Bismark studied at Monsignor Percy Johnson Catholic Secondary School in Etobicoke. Boateng was originally a soccer player but decided to switch to track and field after watching the 2012 Canadian Olympic trials. Boateng started running competitively in 2013.

At the 2018 NACAC Championships in his hometown of Toronto, Boateng was part of the gold medal 4×100 relay winning team.

Bismark Boateng of Canada has confirmed what we’ve been suspecting for long????

He played football as a youth but was encouraged to try athletics by his physical education teacher at school. “I particularly liked the fact that we cheered each other on and motivated each other as a team. I thought of athletics as an individual sport, everyone is fighting for themselves. But it wasn’t like that.” (jugendtrainiert.com, 14 Aug 2019)

Ansah is a 21-year-old who has been in fine form in the last year. He competes for Germany and hopes for bigger things in the years ahead.

The American athlete who was unable to qualify for the 2016 Olympics in Rio said she was confident coming into this battle.

The athlete of Ghanaian descent who lost her father last year said, her father “would have been the loudest one here. He would be so proud. He would be so happy. He’s from Ghana too… he was like enemies with Nigeria so it’s kind of poetic I had to wrestle a Nigerian in the finals,” Mensah-Stock said through tears of joy.