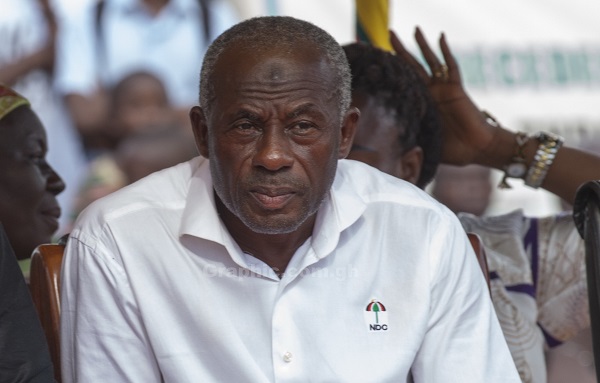 • Appearing before a High Court Wednesday, the MP for Asutifi South Constituency was granted a self-recognisance bill because he is a public officer

• The case has been adjourned to Wednesday, October 13

The Accra High Court has granted former Chief Director of the Ministry of Water Resources, Works and Highways, Collins Dauda, who has been charged for causing financial loss to the state a self-recognisance bail.

Collins Dauda, together with 4 others have been slapped with 52 charges by government.

Out of the 52 charges, 14 has been levelled against Collins Dauda.

The High Court took this decision after the Attorney General, Godfred Dame made a request on the basis that Collins Dauda is the only public officer among the rest accused by the government.

Godfred Dame in his submission to the court requested that Collins Dauda’s passport be deposited at the court registry.

The Member of Parliament for Asutifi South Constituency’s lawyer, Thadeus Sory, opposed this motion, arguing that, his client will need his passport for travels.

The court, presided over by Justice Comfort Tasiane, also granted the other four accused persons bail with various amounts and sureties.

Kwaku Agyemang Mensah and Alhaji Ziblim Yakubu were granted bail in the sum of $65 million each.

Nouvi Tetteh Angelo, was also granted bail in the sum of $13 million with three sureties.

The case has been adjourned to Wednesday, October 13.

The Government of Ghana has filed 52 charges of willfully causing financial loss to the state on two former ministers, a former Chief Director of the Ministry of Water Resources, Works and Highway, a contractor and a consultant.

Of the 52 charges, 14 have been levelled against Alhaji Dauda who currently is the Member of Parliament for Asutifi South.

In the charge sheet sighted by GhanaWeb, the Attorney General argues that the contractor that executed the project was paid $179 million for doing a $68 m worth of work.