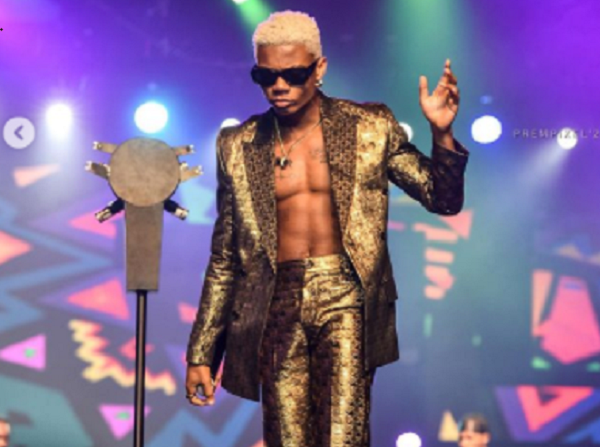 Highlife and Afrobeats artiste, KiDi born Dennis Nana Dwamena says he was provoked after Ghanaians trolled him on social media when he wore an oversized suit at Vodafone Ghana Awards (VGMA) in 2016

KiDi recounted how a section of Ghanaians and music fans mocked him after the 2016 Vodafone Ghana Awards (VGMA) due to his style of dressing for the night.

Speaking on Kumasi based Angel Fm Drive Time Show hosted by Ike De Unpredictable monitored by MyNewsGh.com he said “2016 was my first time I went to VGMA and I decided to dress to impress Ghanaians but I was mocked and trolled for wearing an oversized suit.”

According to KiDi “I was provoked because that time I did not know about social media and the showbiz.”

KiDi recounting how he was mocked by Ghanaians said “People said I didn’t iron the suit, others were saying the suit belongs to my father and some were said I went to borrowed the suit.”

“I blocked a lot of people including my fans who mocked me because I was provoked about how they were mocking and trolling me,” KiDi explained.

“But now I see those things as part of showbiz and social media games so I don’t give much attention to what people will say about me.”

It was easier speaking under Mahama than Akufo-Addo – Dele Momodu