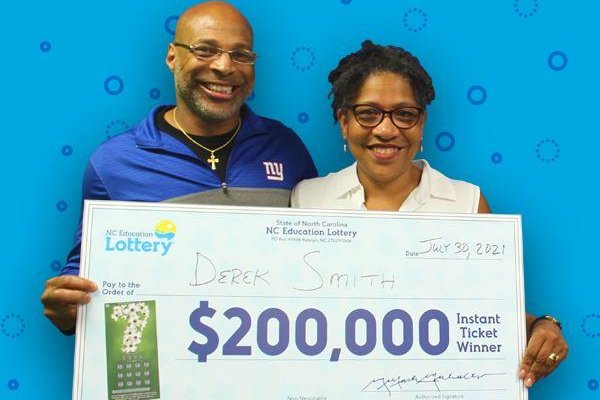 Aug. 4 (UPI) — A North Carolina man said winning a $50 lottery prize turned out to be only the start of his lucky streak when he used his winnings to buy a ticket that earned him a $200,000 jackpot.

Derek Smith, of Winston-Salem, told North Carolina Education Lottery officials he stopped at the Harris Teeter store in Winston-Salem to cash in his $50 winning ticket.

Smith said he made a last-minute decision while at the store to buy another ticket, a $5 “7” scratch-off.

The player said he later scratched the ticket off while eating breakfast at home.

“I hadn’t revealed any amount of money, yet,” Smith recalled. “When I scratched it, it said ‘7.’ And I revealed the money and was like, ‘Woah, this is crazy!’ My wife was vacuuming, and I said to her, ‘Turn that thing off and don’t cry.'”

Smith said he has some plans for his winnings.

“We’re gonna put the bulk of it toward our mortgage,” he said. “And the rest, we’re just gonna have some fun with it. Give a little bit to our kids and grandkids.”