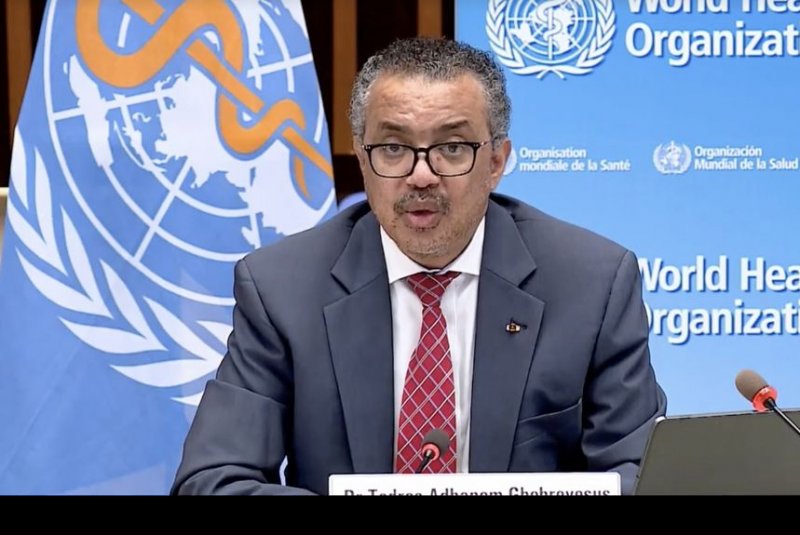 Aug. 4 (UPI) — The head of the World Health Organization on Wednesday called on wealthier countries to stop allowing people who are fully vaccinated to receive booster COVID-19 shots and instead send those doses to poorer nations.

During a news conference in Geneva, WHO Director-General Dr. Tedros Adhanom Ghebreyesus urged a booster moratorium of about two months.

In making the appeal, Ghebreyesus said the WHO’s goal is to have at least 10% of each country’s population vaccinated by the end of September.

He said wealthier countries, like the United States and Britain, have vaccination rates of around 100 per 100 people. In developing nations, the rate is less than 2 people vaccinated per 100.

“More than 4 billion vaccine doses have been administered globally,” he said. “More than 80% go to high- and upper-income countries, even though they account for less than half of the world’s population.”

Ghebreyesus said the United Nations health organization is not on track to meet its 10% goal. The WHO also aims to vaccinate 40% of the global population by December.

The WHO chief said the wealthiest nations, who comprise the Group of 20, have a vital role to play as they are the countries that produce, supply and donate the largest supplies of vaccines.

“It’s no understatement to say that the course of the pandemic depends on the leadership of the G20 countries,” he said.

U.S. President Joe Biden said Tuesday the United States has sent more than 100 million vaccine doses to be distributed in poorer countries — largely through COVAX, a program jointly operated by the WHO and other alliances.