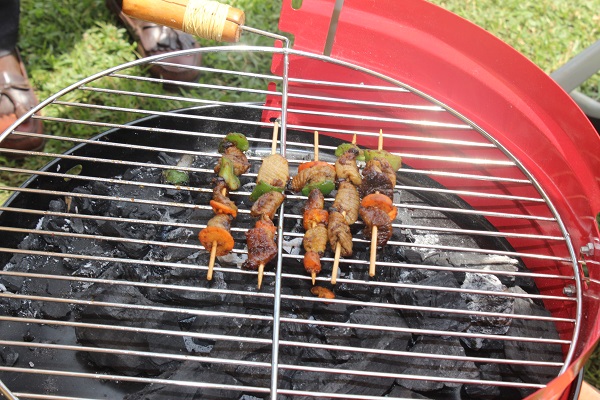 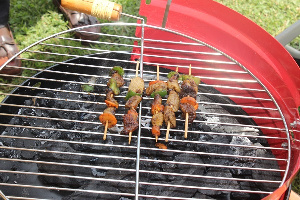 An Entomology lecturer at the University of Energy and Natural Resources (UENR), in Sunyani in the Bono Region, Dr. Jacob Paarechuga Anankware has whipped up public awareness for the consumption of the African Palm Weevil Larvae popularly known as “Akokono” in the Akan language.

Dr. Jacob Paarechuga Anankware who is the Coordinator of the HEALTYNSECT Project says the consumption of Palm Weevil Larvae is good for the body as it is highly nutritious and safe for human consumption.

Taking part in a food bazaar at the 5th edition of the Science, Technology, Engineering, and Mathematics (STEM) organised by the University of Energy and Natural Resources to bring to bear new innovations that have been undertaken by the university, the Akokono stand, led by Dr. Jacob Paarechuga Anankware, had on display Akokono kebab, pastries made with Akokono, Akokono stew as well as other foods prepared with Akokono.

He told press men on the sidelines that he is seeking to make Akokono a global delicacy and urged Ghanaians to embrace its consumption as it is rich in Sodium, Potassium, Zinc, Manganese, Phosphorous, Iron, and Calcium which are essential minerals vital for the human body.

In terms of its nutritional composition, he indicated that it is also high in healthy fat and protein which are essential components of food.

On why he has taken the forefront in promoting the consumption of Akokono, he disclosed that its mineral components especially Iron helps to prevent anaemia considering that data from the World Health Organisation (WHO) indicates that two out of five women in the developing world are anaemic, a situation that leads to maternal deaths.

“As you can see we have various products that have been prepared with Akonoko to prove to the world that Akokono is indeed good for consumption. The advocacy for the consumption Akokono is based on the fact that there are nutritional facts to back its consumption”.

Dr. Paarechuga who is passionate about seeing a food–secure Africa and has trained over 500 farmers to sustainably rear larvae of the African palm weevil (Rhynchophorus phoenicis) in order to improve their income and nutrition underscored the economic importance of Akokono.

“I think that the government can even use it to create jobs for people. I sell one kilogram for GHC50 and that is more than any meat product in the market and it is so expensive because the demand is higher than the supply and there is little or no competition for me”.

He appealed to the government to prioritise it by enrolling it under the rearing for food and jobs programme as it can create several jobs for the youth.

A third-year student of Notre Dame Girls SHS, Miss Rhodaline Appiah who had a bite and taste of some of the Akokono dishes described them as delicious and tasty.