Study: Graphic warnings on cigarettes boost desire to quit, but only for short time 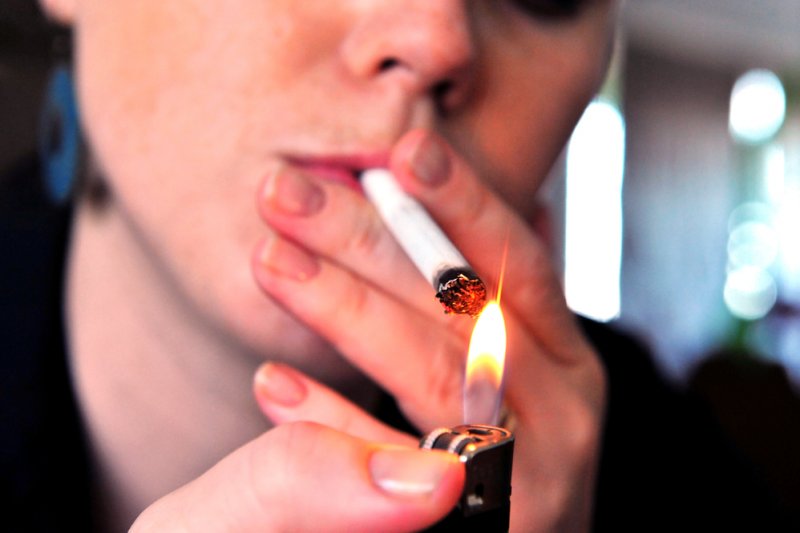 Aug. 4 (UPI) — Graphic warning labels on cigarette packaging designed to depict the dangers of smoking lead some users to quit in the short term but have little effect over the long haul, a study published Wednesday by JAMA Network Open found.

Smokers given cigarettes with images of throat cancer, preterm babies and foot gangrene — all potentially health effects of tobacco use — were 6% more likely to quit, at least for short periods, than those given blank labels or standard labels with text health warnings, the data showed.

However, at three months, no difference in cigarette abstinence levels existed between the three groups, the researchers said.

Still, the labels were effective at getting smokers to think about quitting, though they may need to be supplemented with other cessation strategies to work in the long term, they said.

“We do not think that these labels are ineffective [because] the role of the labels is to make people think about quitting, not to force them to quit,” study co-author John Pierce told UPI in an email.

“They remind smokers of the health consequences every time that they smoke [and] in other countries, these labels appear to have reduced adolescent initiation,” said Pierce, a professor of cancer research at the University of California-San Diego.

Congress initially mandated the use of graphic warning labels of cigarette packs as a means of discouraging smoking in 2009.

However, attempts by the Food and Drug Administration to implement the graphic packaging in 2012 and last year faced legal challenges by the tobacco industry, and the issue remains in the courts.

Pending the results of lawsuits, smokers across the country could see graphic warning labels on cigarette packs starting in July next year.

“Graphic warning labels are only one tool in a very large, diverse toolbox,” said Shadel, who was not part of Pierce’s study, but has conducted similar research.

For this study, Pierce and his colleagues tested the effects of cigarette packaging featuring graphic imaging currently being used in Australia in 357 adult smokers ages 28 to 50 years.

Smokers given packs with the graphic warning labels had “reduced positive perceptions” of cigarettes over the course of the study period compared with those who used packs with text warnings.

They also had increased awareness of the health effects of smoking and enhanced thoughts of quitting compared to participants in the other groups, the researchers said.

At least initially, participants in the graphic warning label group had 6% more cigarette abstinence periods per week than smokers in the other groups, the data showed.

However, after three weeks, there were no differences in smoking habits between the three groups, according to the researchers.

“Smokers were not used to the packages with the graphic warnings [and], in our study, participants said that they appreciated being reminded of the health consequences when they were about to smoke — it wasn’t enough to get them to quit at once, but most expressed a wish to quit in the future,” Pierce said.

“Our evidence indicates that these packages achieve the goal of the FDA, which is to remind people of the health consequences and encourage them to think about quitting,” he said.