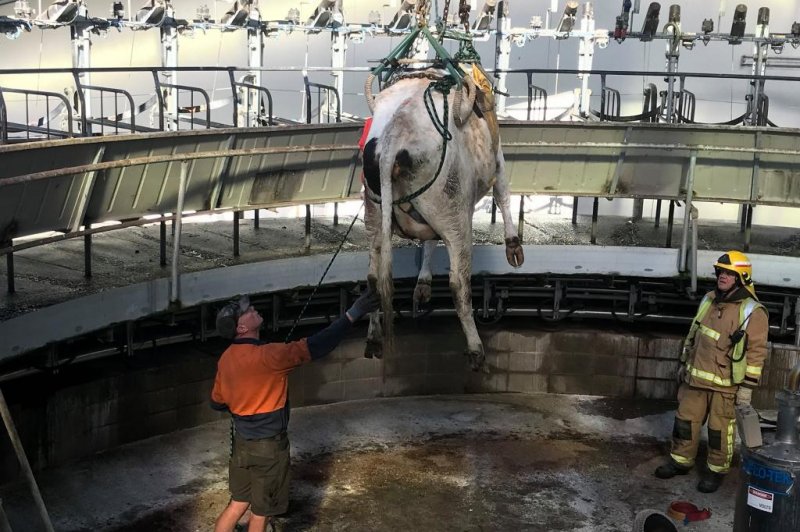 Aug. 4 (UPI) — Firefighters in New Zealand said they used a crane to rescue a cow that became stuck in the center of a milking platform at a dairy farm.

Fire and Emergency New Zealand-Canterbury said in a Facebook post that crews from Dunsandel and Burnham were summoned to a dairy farm to rescue a cow that had gotten trapped in the center of a milking platform.

A veterinarian sedated the cow while firefighters removed the iron sheeting from the roof so a crane could be used to hoist the bovine.

The cow did not appear to be seriously injured and was returned to a paddock to rest.

“The cow is now resting up while she recovers from her little adventure,” the post said. “We hope she is up and moooooving about soon.”

I can’t find the roads Mahama boasted about – Akufo-Addo