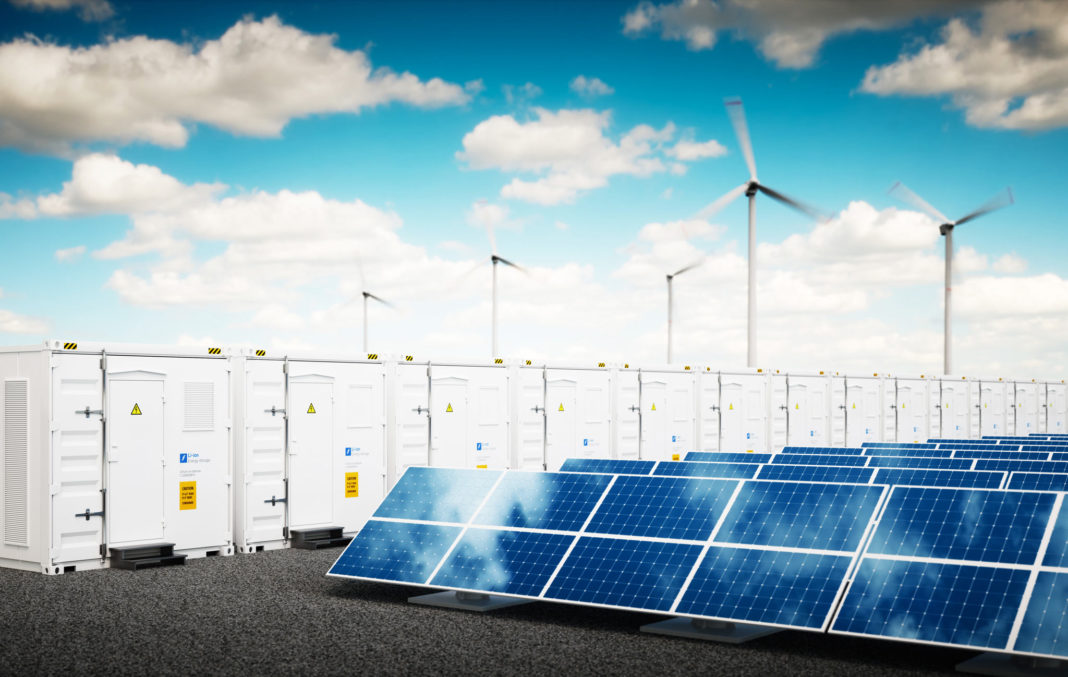 Lifting the ban on renewable energy Power Purchase Agreements (PPAs) would be a major hurdle removed, to allow for the explosion of renewable energy projects and initiatives in Ghana, for purposes of de-carbonization, cost-efficient energy supply, and for economic recovery and growth post COVID-19.

It would be recalled that government suspended the issuance of new licenses for Wholesale Electricity supply and Permits for Utility Scale Grid connected solar photovoltaic (PV) and wind power plants in 2017.

The Energy Commission (EC) provided two main reasons for the decision at the time.

The first is that, the EC had issued about 124 Provisional Wholesale Electricity Supply Licenses for Utility Scale Grid-connected Renewable Energy (RE) projects since the coming into force of the Renewable Energy Act, 2011 (Act 832), out of which only three (3) have been developed, representing approximately a low 2.5 percent development rate.

Unfortunately, the notice from EC failed to provide further details on the over 97 percent licensed projects that have not been developed, operationalize or which phase of development any of these projects were.

The second reason for the suspension of issuance of new PPAs had to do with the Electricity Company of Ghana (ECG) having signed numerous PPAs, in excess of 2,000MW.

According to various reports by the Ministry of Finance and Economic Planning, Ghana pays over US$500 million a year for unused electricity.

Government laments the tariffs agreed under the PPAs (mostly thermal) were not competitive and have contributed significantly to the build-up of debt in the energy sector, and over-supply of power.

Based on these two reasons, ECG was directed by the Ministry of Energy (MoE) to suspend the signing of new PPAs for renewable and conventional/thermal power plants since the beginning of 2017.

The reasons as put forward by government to suspend the issuance of additional power purchase agreements (PPAs) raises many concerns.

A mere suspension of issuance of new licenses cannot be said to be a sustainable solution, as it will not force the existing licensed companies to develop and operationalize their projects.

A comprehensive review of licenses and projects on a case-by-case basis is commendable, for purposes of recalling redundant licenses and issuing new licenses to companies with resources and capacity to develop projects within the shortest possible period.

A recent report by Ackah et al. (2021) on the Ghana’s PPAs identified 32 of such agreements in force, for the provision of electricity generation. Out of these 32, the number of known PPAs operating or near-operational projects is 14 with a total installed power generation capacity of 2,825 megawatts (MW).

Of these, two (2) are solar, three (3) are Emergency Power Producers (EPPs) and the remaining nine (9) are gas or gas/hybrid Independent Power Projects (IPPs).

The remaining 18 PPAs with a further installed capacity of 4,107 MW have been signed but are not yet under construction. Of these, eleven (11) are solar, five (5) gas, one (1) biomass, and one (1) sea wave power, according to the report.

The idea that Ghana pays over US$500 million a year for unused electricity, rather makes a strong case for the ban to be lifted for renewable energy power agreements since renewables currently provides comparatively cheaper tariffs with technologies which promises to make renewable energy even cheaper going forward.

Investment into renewables in the last decade has also increased exponentially in response to the Paris Climate Accord and the United Nation (UN) sustainable development goals.

The “green” revolution is on, with major economies and energy companies taking actions to embrace and take advantage of renewables.

Why lifting of ban is crucial

“Green energy” as it has come to be called is presently enjoying unparalleled political and business momentum around the globe, with the number of policies and projects around the world expanding rapidly. As a result, Ghana must as a matter of urgency remove all hurdles, and position itself to explore fully the country’s untapped potential in renewable energy.

1. The need to diversify from fossil fuels as part of the global shift, to provide cost-effective and sustainable energy supply for millions of Ghanaian population. The lifting of the ban is a panacea to the daunting electricity supply challenges the country have had to grapple with over the past few years.

3. To meet Government’s policy of achieving 100 percent electricity coverage by 2025 by filling the deficit gap via mini-grid powered by renewable energy such as solar, wind and waste-to-energy. Aboagye et al. (2021) posits that, if government can ensure access to modern energy access for all in affordable, reliable and sustainable manner by 2030 as enshrined in the seventh Sustainable Development Goal (SDG), it is imperative to give much impetus to renewable energy generation and applications for socio-economic development in Ghana.

4. The need for a guaranteed uninterrupted power supply for industries, in the in view of government’s “One District, One Factory policy”, and the African Continental Free Trade Area that is forecasted to boost industrialization, exports, and gross domestic product (GDP) of local economies. According to Konfidant, a research and advisory firm, one of the five key competitive areas that Ghana falls short of, compared to selected African countries is the cost of power― a key determinant for a country’s ability to attract manufacturing companies, and produce at a relatively cheaper rate.

5. The global trend towards “Green” economy to address climate change concerns, and the need to prepare adequately for renewable energy investment boom in the country, makes another strong case for lifting of the ban. The Ghana “Renewable Energy Master Plan” can be fully operationalized only if the ban on renewable energy PPAs are lifted to drive the green revolution.

The deployment of renewable energy is linked to fighting climate change, creating sustainable “green” jobs, while serving as a catalyst for the needed infrastructure development and economic growth.

Additionally, renewable energy is offering very competitive prices for electricity, particularly solar and wind. Compared to the country’s thermal power plants that emits carbon dioxide and offers on average a cost of 11 cents per Kilowatt-hour, both wind and solar power can offer something below 7 cent per Kilowatt-hour. This presents a huge relief and opportunities for industries and commercial entities that are struggling to cope with high electricity cost in the country.

The excess low-priced green electricity offered to consumers can also be used to produce fuel in the form of “Green” Hydrogen, through electrolysis where a strong electrical current is passed through water to splits the molecule into its two constituent elements― oxygen and hydrogen. Hydrogen is definitely the fuel of the future, and gradually seeking to replace a significant size of current fossil fuels needs.

Government of Ghana is therefore presented with a huge opportunity in stimulating capital spending on new infrastructure, which establishes Hydrogen as one of the new energy sectors, that is expected to play a vital role in the ecological transition, and positioned to play a significant role in meeting present and future transportation and industrial needs.

Based on these and many other benefits, it is imperative that government lifts the ban on PPAs for renewables. It is noteworthy that, whenever renewable energy is talk about, it is done within the contest of climate change, costs, and sustainable energy supply based on the right energy mix.

The push for a national discourse on Ghana’s energy mix must continue unabated, taking into consideration the country’s resources in wind, solar, water and fossil fuels.

Beyond lifting the ban on renewable Power Purchase Agreements (PPAs) to help deepen the deployment of renewables in the country, it is recommended that government;

1. Establishes a Renewable Energy Authority to promote and develop the renewable energy sub-sector. It is to facilitate the formulation of policies and regulations, while creating the enabling environment to attract investors from the private sector, among others.

2. Develops a Hydrogen policy, indicating key strategies and relevant Road Maps for the development of the “energy carrier” in the country. A strong policy signal will trigger huge investment and business activities relating to hydrogen in the country. The right policy would cause a Hydrogen economy to emerge through the private sector, and free government from spending on the needed infrastructure.

It must be reiterated that the wholesale ban of PPAs that is well into its fifth year is not doing the country any good. It is important to note that, prolonging the ban without review of the licenses and projects could deter investors and stifle growth in the energy space.

A proactive and impactful approach to the issues would be to review all licenses issued to determine redundant licenses that cannot be operationalized under the current circumstances. A more transparent and competitive process must be used to issue new licenses, for development and operationalization of renewable energy projects.