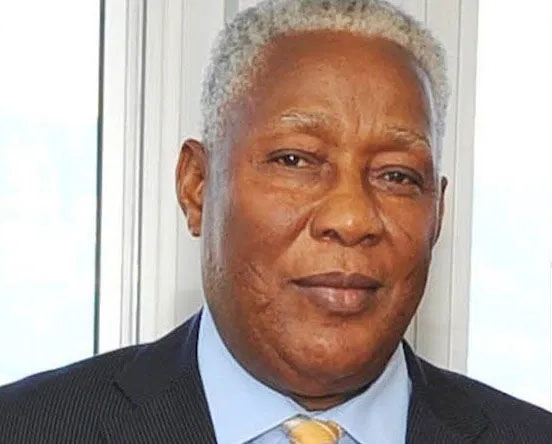 The Current Greater Accra Regional Representative in the Council of State, who was the former Minister of Works and Housing under the NDC Mills administration, E.T. Mensah, has exposed Alhaji Collins Dauda over the $200 million Seglemi Housing Deal.

The Government of Ghana has filed a law suit against former Minister of Works and Housing, Alhaji Collins Dauda, at the High Court for allegedly causing financial loss to the state in the multi million dollar scandal.

Mr. E. T. Mensah who blew the cover of Collins Dauda and the NDC on the Good Evening Ghana show with Paul Adom-Otchere on Tuesday, 3rd August 2021, said he was the originator of the whole Saglemi contract.

According to the former Ningo-Prampram MP, “the $200 million contract included all the ancillary works as part of the 5000 houses. The ancillary works included the roads, electricity and water supplies, and all other works. All the baseline works were done”.

The National Communications Officer of the NDC, Sammy Gyamfi, and Eric Opoku, elected spokesperson for Collins Dauda had said that the original contract as supervised by E.T. Mensah didn’t have the ancillary works and that part of the $200 million was used for those works.

Sammy Gyamfi said “The case against Collins Dauda and others is frivolous and a poor attempt by the vindictive Akufo-Addo/Bawumia government to create a convenient excuse for their abandonment of the Saglemi Housing project”.

Mr Dauda, who supervised the initiative at the time it was approved by Parliament, has also been charged with intentionally misapplying public property.

Sammy Gyamfi reacting to the issue claimed that there was no point at which the Ministry changed the target of 5,000 housing units.

According to him “At no point was the objective of building 5,000 houses approved by Parliament changed or varied, save that, same was supposed to be delivered in phases. And this was going to be delivered with the approved amount of $200 million only and nothing more”.

He claimed Mr Dauda “only amended and restated the Works Agreement in line with the same provisions and reduced the number of Phases from four to three to shorten the project duration.”

He explained that “the decision that the 5000 housing units should be built in Phases was provided for in the Works Agreement which was executed by E.T. Mensah.”

“What Parliament had to approve was the terms of the loan agreement as required under Article 181 (1) of the Constitution which they did, and not the Works Agreement. In any case, the Works Agreement was amended and restated by the Akufo-Addo government without Parliamentary approval,” he claimed.

The spokesperson for Eric Opoku also says the money Mr Dauda is alleged to have misapplied was not given directly to him, it was rather disbursed by the Ministry of Finance.

However, Mr. E. T Mensah’s position on the matter weakens the case of Alhaji Collins Dauda whose spin doctors have been saying something completely different from the truth as succinctly delivered by him.

He described statements to the contrary as naked lies as the project had the first phase of 5000 housing units and the ancillary works all costing the country $200 million.

“The 5000 housing units was the first phase. Whoever says otherwise is lying” he stated.

Alhaji Collins Dauda supervised the project in which the 5000 housing units metamorphosed into 1200 units with the same $200 million.

He is accused of misapplying the $200 million between February 2014 and December 2016, “by causing the said amount which had been approved by the Parliament of Ghana for the construction of 5,000 housing units to be applied towards the payment of 1,412 housing units under the Saglemi Affordable Housing Project.”

According to the statement of offence in the court document, Mr Dauda, who was a minister under former President John Mahama’s regime, willfully caused financial loss to the State contrary to section 179A (3) (a) of the Criminal Offences Act, 1960, (Act 29).

Aside Mr Dauda, the Government has also sued four others who apparently worked at the Works and Housing Ministry during the Mahama’s administration.

Mad rush for pono movie audition after American company stormed Ghana to recruit actors, each actor to earn over ₵400,000 » ™