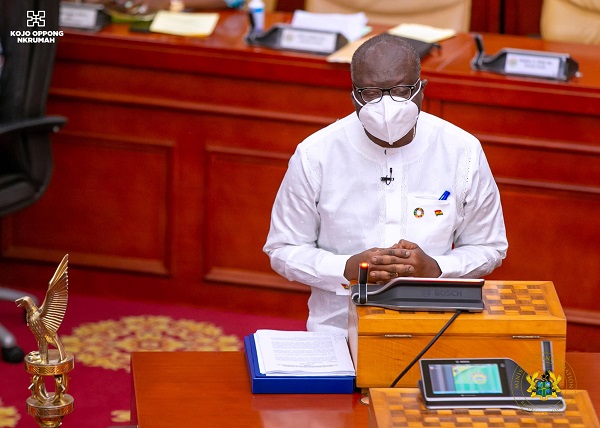 The 4 percent increase in public sector base pay will add GH¢1.2bn to government spending on compensation this year, according to the Finance Minister’s mid-year budget review unveiled last week.

Ken Ofori-Atta told Parliament that overall expenditure on compensation will hit GH¢31.5bn from the initial projection of GH¢30.3bn.

The increase is made up of GH¢1bn of extra spending on wages and salaries and a GH¢175.3m rise in social contribution payments.

Following the worsened fiscal situation after the coronavirus crisis, the government has resorted to pay restraint to help achieve fiscal consolidation. This led in July to one of the lowest public sector wage settlements in many years, with the government reaching a deal with unions to raise the base pay by 4 percent in 2021 and 7 percent in 2022.

The below-inflation increases have incensed some workers, including teachers, and roiled labour relations in recent weeks.

“The anger building up amongst our members must be taken seriously if we want a congenial atmosphere for teaching and learning in our schools,” said Ransford Lolih, the Greater Accra Regional Chairman of the Ghana National Association of Teachers (GNAT), during the union’s 6th Quadrennial and 53rd Greater Accra Regional Delegates Conference last week.

The government is also facing a possible strike by university teachers, likely starting from today, over what the teachers say are long-standing pay and conditions-of-service grievances.

The Ministry of Finance’s case against more generous pay rewards is that the fiscal situation calls for austerity to help limit public expenditure growth.

Moreover, the Ministry said workers need to reciprocate the government’s decision not to cut public sector wages and employment last year when the pandemic hit the country.

According to the Trades Union Congress (TUC), which took part in the wage negotiations, this year’s settlement included a commitment by the government to maintain all public sector jobs for the next two years and a pledge not to freeze employment into the public service.

It was also agreed that the government will honour its social security obligations to workers regularly, the TUC said.

“The outcome was not what we had expected, but it could have been worse given the economic challenges and the stance of government towards pay rise, particularly in 2021,” said Dr. Yaw Baah, Secretary-General of the TUC, at a press conference last week.

Meanwhile, in his mid-year budget review, the Finance Minister pledged that the government will stay the course of fiscal consolidation despite undershooting its revenue target in the first half of the year.