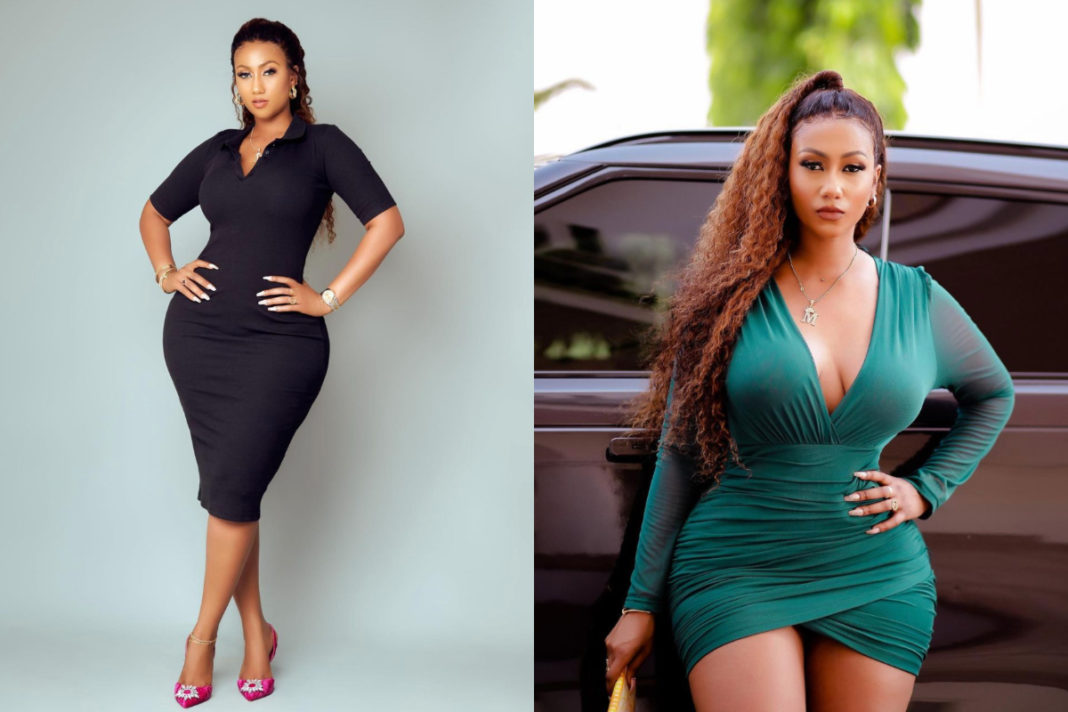 Hajia 4Real is leaving no stone unturned in ensuring that she leaves a very good impression on the minds of her doubters who question her ability as a singer ever since she transitioned into the world of music.

After the successful release of her third single dubbed ‘Baby’, the songstress and Instagram celebrity is gearing up for a dance challenge to push the song beyond her wildest imagination.

She therefore recruited celebrity dancer, Dancegodlloyd to take her through the new pattern designed for the song and of course, that came with a little drama on its own.

At the tail end of their rehearsal, Hajia whose real name Mona Montrage wrapped up the session with wild twerk that obviously dazed her teacher and before we know what’s happening- they were both in the pool or wet up and giggling all over.

She shared the video on her IG platform with the caption; “The dance challenge for my new Banger ‘BABY’ is on. Five winners will be chosen for an amazing price plus a DINNER date with ME. Let’s go!!!! 🔥🔥🔥 #4Reallers #baby #babychallenge @dancegodlloyd.”

In other news, songstress S3fa stormed the Emirates Stadium to watch Arsenal against arc rivals Chelsea in a pre-season charity friendly game on August 1.

Beaming with an infectious smile and having her beauty padded by the replica jersey of Arsenal she wore, S3fa decided to take photos when everyone has almost left the stadium soon after the game ended.

She was so excited as she posed for the camera with other Ghanaians living in the UK who came to watch the game as well. She later splashed the memorable moment on her IG page alongside the caption;