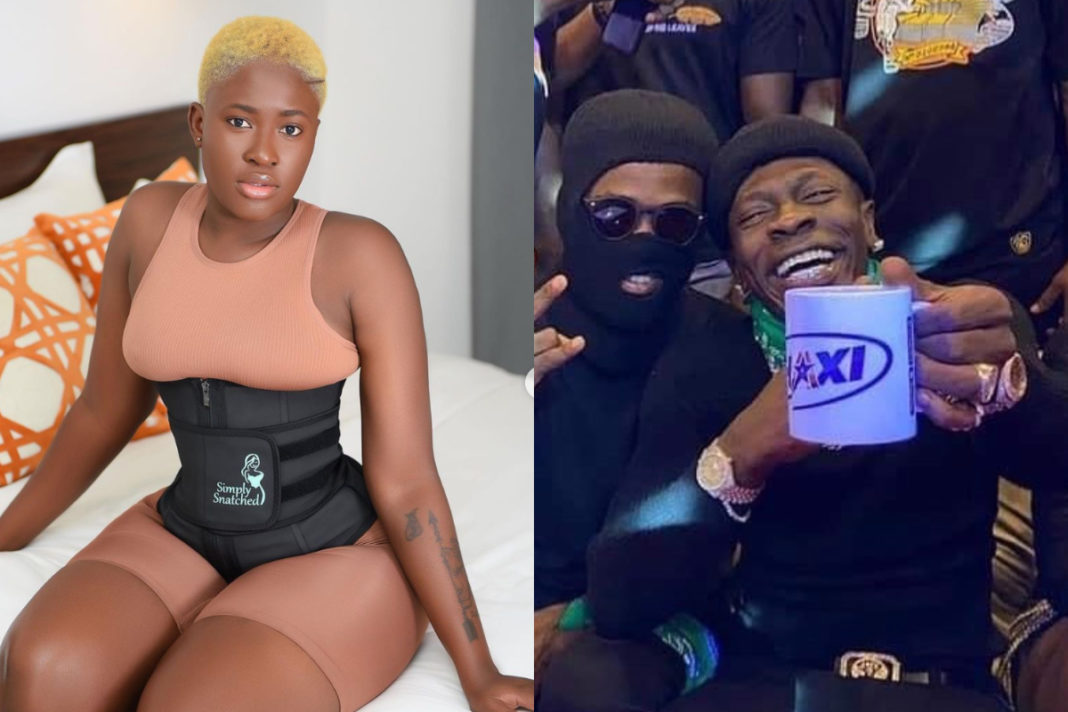 It was all pomp and glamour at the Club Onyx when Shatta Wale stepped on the dance floor with Medikal’s wife, Fella Makafui.

The nightclub was packed with celebrity A-listers as Shatta Wale, Medikal, Fella Makafui, D Black, and others stormed the venue for a nice time out. The place was filled with the most trending song in Ghana at the moment which happens to be Black Sherif’s 2nd Sermon.

The couples, Medikal and Fella Makafui share a special bond with Shatta Wale that makes them relate very well with each other to the extent that Fella calls Shatta Wale her son. Fella Makafui had to teach her son(Shatta Wale) some dance when Black Sherif’s 2nd Sermon came on and people jammed to it.

Meanwhile, Shatta Wale has commenced his online campaign for his SHAXI business.

It could be recalled that Shatta Wale revealed he will be wading into the commercial driving business with his new initiative called Shaxi.

The Dancehall guru made this announcement in a series of posts she made on Twitter stating how he has been working on an initiative to improve the car commercial driving business in Ghana and better the lives of drivers and car owners in general.

He said he has been hearing of drivers and car owners complaining and fighting about been cheated on several occasions hence thought it wise to solve the situation by inventing an initiative to help both parties.

Additionally, he indicated in a recent post that he will be commencing a massive online campaign for the venture for August 1 and since today is August 1 he has commenced.

Pastor Joe Beecham is my mentor