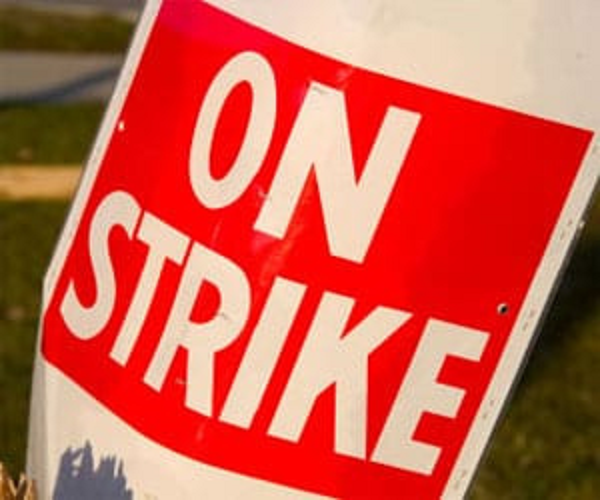 Kumasi, Aug. 3, GNA – Students of the Kwame Nkrumah University of Science and Technology (KNUST) are stranded, following the ongoing strike by members of the University Teachers Association of Ghana (UTAG) and Senior Staff Association.

Members of the two bodies on Monday, August 2, officially announced their decision to lay down their tools in demand for improved conditions of service.

This follows unsuccessful negotiations between the members and government, a development which impacted negatively academic and other administrative activities.

When the Ghana News Agency (GNA) visited the University campus on Monday, the majority of the lecture halls were empty as the lecturers stayed away from their teaching duties.

“We have instructed our members to stop teaching, examinations and invigilation, marking of examination scripts and processing of results until further notice,” Professor Charles Marfo, the UTAG National President, told the GNA.

He said negotiations for the improved welfare of university teachers was overly delayed.

Prof Marfo said the Ministries of Education, Finance and Employment and Labour Relations had failed to make known the government’s stance in fulfilling the demands of the university teachers.

The UTAG members, he said, could no longer be taken for granted, adding that they would not come back until their grievances were addressed.

Reacting to the issue, Master Samuel Sesah, President of the KNUST Students’ Representative Council (SRC), described as unfortunate the current situation on the campus.

“We are frustrated and do not know what to do because of our impending examinations and other tight academic schedules,” he told the GNA.

The SRC President was hopeful the industrial action would be dealt with as quickly as possible for academic activities to resume.

In a related development, the KNUST Chapter of the Senior Staff Association has warned members to stop official administrative duties until all outstanding issues relating to their conditions of service had been dealt with.

The members are demanding improvement in their welfare and payment of outstanding ‘Tier-Two’ contributions of retired members.

Mr George Ansong, the KNUST Chapter President of the Association, in an interview with the GNA, said they were looking for an improved market premium of their salaries and non-basic allowances.

Additionally, the government should ensure the migration of public universities onto the Controller and Accountant-General’s payroll system.

When the GNA visited the KNUST Basic School, University Hospital, Fire Unit, Administration block and other departments and faculties on the campus, the senior staff were not at their post.

Mr Ansong described as unfair what he termed as unfavourable policies within the University system, which tended to marginalize the senior staff.

They had consistently been denied some privileges such as study leave with pay, and medical care for staff and families, he stated.