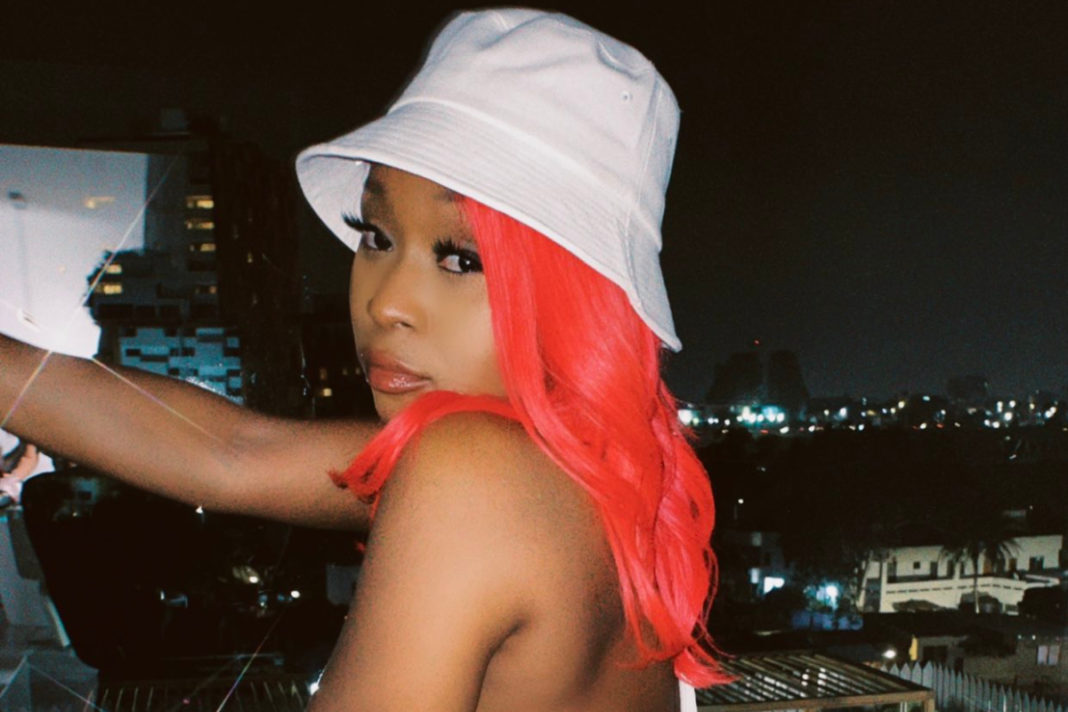 Ghanaian social media influencer and media personality Andrea Owusu popularly known as Efia Odo has revealed her intentions on giving up on the fight for a better Ghana.

READ ALSO: Sammie Biography: All You Need To About The BBNaija 2021 Housemate

According to Efia Odo, she’s very much shocked by the rate at which many people/ social media users are trying so hard to destroy her image and pull her down ever since she joined the #FixTheCountry protest on social media and on the streets.

Recall the social media influencer and a couple of notable Ghanaian youths on the Ghanaian Twitter Community started the #FixTheCountry protest back in May on the micro-blogging site with the aim of creating awareness of the struggles most average Ghanaian people go through and urging the government to better the lives of the people.

Since then, the model has been in the eyes of the public with many social media users/ influencers who work in favor of the government trying so hard to scrutinize her private life in the full glare of the Ghanaian public.

This public scrutiny even caused Efia Odo to lose her ambassadorial role and a One Million Ghana Cedis contract with Turkish company Euro Decor after the company terminated the contract they have with few days Efia Odo announced a social media break.

In a new twist, the model has revealed that she’s now in the act of minding her own business from now on. According to her, it doesn’t make sense to her when people start to criticize her choice of language whenever she’s complaining about the state of the country rather than thinking of how they have been duped for far too long.

Y’all getting duped over year in and year out and all you care is about my choice of language. Make this make sense. Imma just mind my business from now on for real.

READ MORE: Saskay Biography: All You Need To About The BBNaija 2021 Housemate