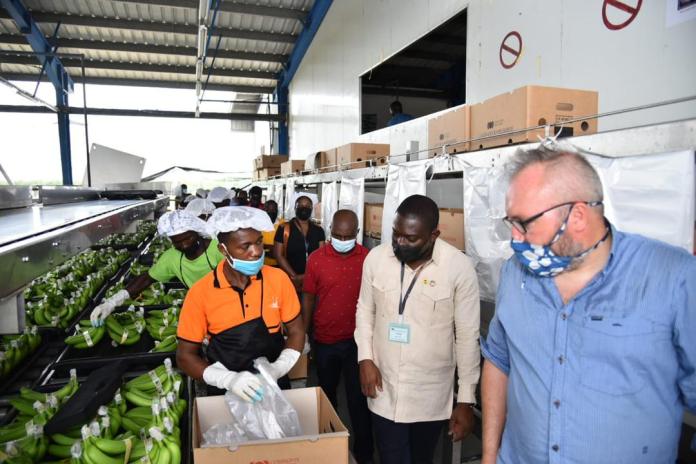 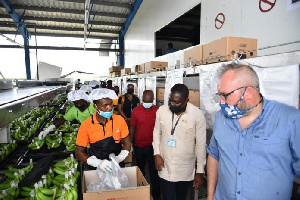 The country is pushing itself to increase the current volumes of non-traditional exports to US$25 billion from the current US$2.5 billion by 2030, Deputy Minister for Trade and Industry, Herbert Krapa, has said.

The move is powered through the National Export Development Strategy (NEDS), which aims to achieve a substantial increase in the manufactured goods and services components of Ghana’s exports to attain a projected revenue of at least US$25.3 by 2029.

The Ghana Export Promotion Authority (GEPA) has is the spearheading agency.

The minister, during a tour of Golden Exotics Limited (GEL) at Asutuare in the Shai Osudoku District of the Greater Accra Region, said: “currently our earnings for Non-Traditional Exports hover around $2.5billion, and this has been the case in the last five years growing at an average rate of 2.97 per cent.

“Compared to the total value of Ghana’s exports, this figure represents about a contribution of 18 per cent to the entire national merchandise exports of Ghana as of 2019.

If Ghana needs to prosper for all its worth, especially with AfCFTA on the near horizon, it is important that this vicious cycle is broken to achieve a competitive export-led industrialized economy. This can be done if the NEDS is fully funded and implemented with an all-hands-on-deck approach.”

As a result, the ministry is intensifying its stakeholder engagements to gather knowledge as to the challenges and support that would be needed to achieve such a goal to help boost economic development.

Mr Krapa made this known when he embarked on his first working visit to assess the work of exporting firms across the country.

The visit was intended to strengthen the relationship between the government of Ghana and industry stakeholders to boost foreign direct investment in Ghana’s export sector.

Mr Krapa added that engaging investors in the field also offers the government of Ghana the opportunity to get updated with information about recent developments at some of the country’s key industrial centres for non-traditional export products.

The company’s plantation in Ghana also hosts one of the largest organic banana farms in the world, exporting mainly to EU countries and some African countries, including Mali and Burkina Faso.

Vice President of GEL, Olivier Chassang, said the company is confident in its products produced in Ghana after almost two decades of operations in the country.

He also expressed confidence in the commitment of the government of Ghana to ensure political and economic stability to create an enabling environment that will attract more investments to create employment and boost the nation’s economy.