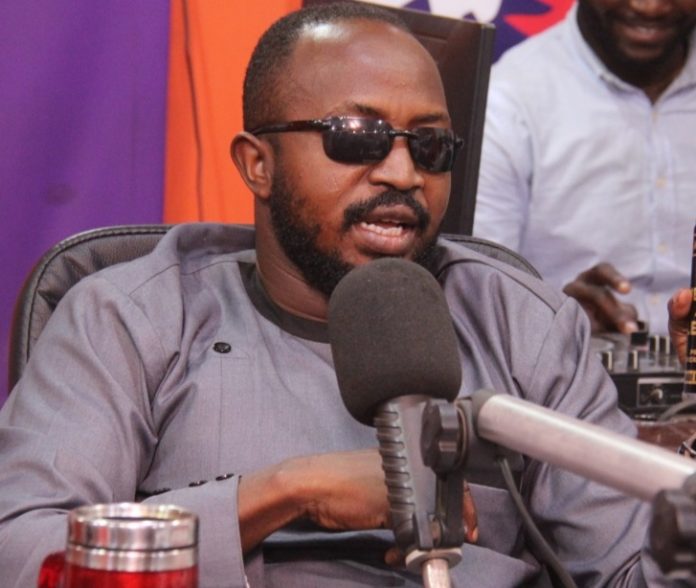 A former member of the National Democratic Congress, Stephen Atubiga

A former member of the National Democratic Congress (NDC) Mr Stephen Atubiga has taken a swipe at the Director of IT of the NDC Mr Osei Kwame Griffiths over the inability of the NDC to use technology to effectively conduct the 2020 polls.

Mr Atubiga reiterated a comment he made earlier that the IT centre created by the NDC for the 2020 elections were below standard and not fit for the purpose of their creation.

He said comparing Mr Griffiths to the current Director-General of the National Communications Authority (NCA) who is also Director of IT for the governing New Patriotic Party (NPP) Mr Joe Anokye is like comparing ‘Akpeteshie” alcoholic drink produced by distilling palm wine or sugar cane, to a well packaged and branded Johnnie Walker.

“Comparing NDC’s Griffiths to Joe Anokye is like comparing Akpeteshie and Johnnie Walker,” he said.

He added, “The NDC’s IT centres created were like Binduri internet café which were not functioning properly.”

Mr Atubiga who has formed his own political party, the National Liberation Congress Party, claimed that Mr John Dramani Mahama will never occupy the seat of government again if Ofosu Ampofo remains the National Chairman of his party.

He explained that Ofosu Ampofo lacks the organizational skills and competence to ensure that a presidential candidate of the NDC wins an election.

In the 2020 elections, he said, the NDC was clueless and did not know about how to even collate the results owing to Ofosu Ampofo’s ineffectiveness.

Apart from the poor organizational skills, Atubiga stated that Mr Ofosu Ampofo has the “intention of running the party in opposition in order to punish somebody and prevent him from becoming president.

“There is no way John Mahama will win if Ofosu is National Chair.”

“What is happening in the NDC shows that they are not ready for 2024. The party is the wicked party in Ghana. That was why the Founder Jerry John Rawlings had issues with the party.

“The party I am forming people are willing to support me. I am no more loyal to the NDC, I have left the NDC,” he said on Accra based Net 2 Monday, August 2.