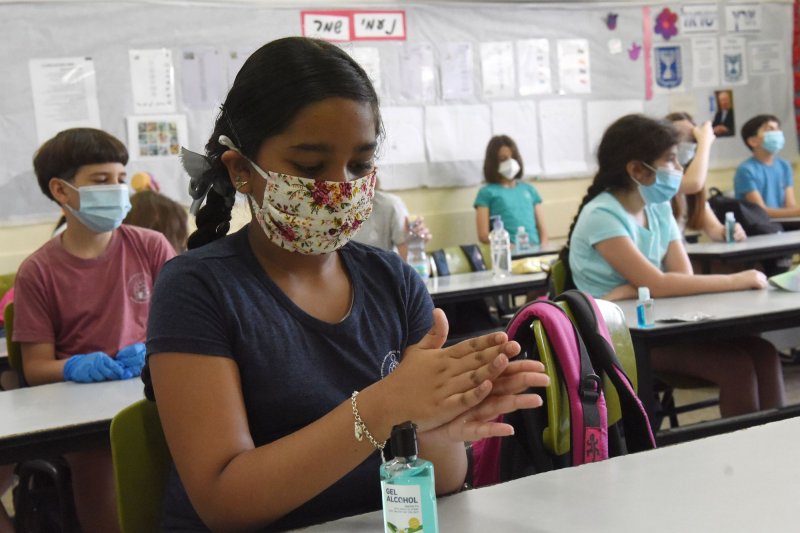 Aug. 3 (UPI) — Long-lasting symptoms from COVID-19 are rare in children, a study published Tuesday by the Lancet Child and Adolescent Health found.

Of the more than 1,700 children included in the study, just over 98% of those who experienced symptoms of the virus recovered within eight weeks, the data showed.

However, 77, or slightly more than 4%, suffered from symptoms for more than four weeks. They were most commonly fatigue, headache or loss of sense of smell, the researchers said.

Still, the findings suggest that so-called “long-haul” COVID-19 or “long COVID” is less common in children than in adults, more than 10% of whom develop long-lasting symptoms.

“It is reassuring that the number of children experiencing long-lasting symptoms of COVID-19 symptoms is low,” study co-author Dr. Emma Duncan said in a press release.

“Nevertheless, a small number of children do experience long illness with COVID-19, and our study validates the experiences of these children and their families,” said Duncan, a professor of clinical endocrinology at King’s College London.

Many children sickened with COVID-19 do not develop symptoms, and those who do tend to have a mild illness, according to researchers.

For this study, the researchers analyzed data on COVID-19 symptom status for 1,734 British children age 5 to 17 who tested positive for the virus between Sept. 1 and Feb. 22. They used a mobile app symptom checker.

Symptom information was reported by their parents or caregivers, and children in the study were ill for an average of six days, the researchers said.

Study participants experienced an average of three symptoms in the first week of illness and, in those with persistent symptoms, only two symptoms remained after four weeks.

Headache was more common early in children’s illness but loss of sense of smell tended to occur later and to persist longer, the researchers said.

Just under 2% of the children in the study experienced COVID-19 symptoms that lasted longer than eight weeks, with children ages 12 to 17 having an average illness duration of seven days and those ages 5 to 11 having symptoms last an average of five days.

Five percent of children age 12 to 17 still had virus symptoms after four weeks, while 3% of those age 5 to 11 reported symptoms lasted longer than four weeks.

Children with COVID-19 were ill for longer — six days, on average — compared to those with other illnesses such as colds and the flu who tested negative for the virus, who were ill for three days on average.

However, at four weeks, the small number of children with other illnesses tended to have more symptoms — five, on average– than those who were ill with COVID-19, who reported two persistent symptoms, on average, the researchers said.

“Our data highlight that other illnesses, such as colds and flu, can also have prolonged symptoms in children, and it is important to consider this when planning for pediatric health services during the pandemic and beyond,” study co-author Dr. Michael Absoud said in a press release.

“This will be particularly important given that the prevalence of these illnesses is likely to increase as physical distancing measures implemented to prevent the spread of COVID-19 are relaxed,” said Absoud, a consultant in pediatric neurodisability at King’s College London.