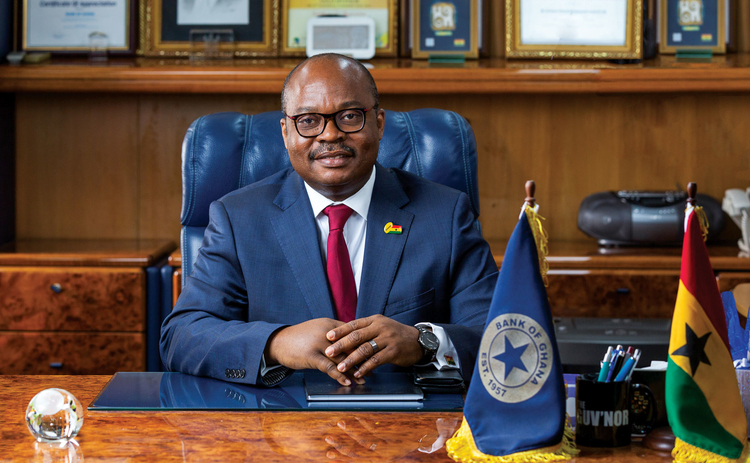 Governor of the Bank of Ghana, Dr. Ernest Addison

The Monetary Policy Committee (MPC) of the Bank of Ghana has expressed discontent over the declining growth in lending to the private sector from banks which is mainly due to their preference to lend to the government, saying, it will affect plans to recover the economy if it becomes a trend.

Data from the Summary of Economic and Financial report (July 2021) published by the central bank shows gross advances recorded annual growth of 5.7 percent, relative to 15.7 percent growth in the same period of 2020.

Meanwhile, the data further indicates that government’s borrowing in the domestic market increased to GH¢170.8 billion in May 2021 from GH¢120.8 billion same period previous year. This represents 7.9 percentage points growth within the period, compared with 1.9 percentage point growth within the same period for external debt – a testament to the fact that government is borrowing too much from the domestic economy.

Even though the bank admits heightened credit risk associated with the pandemic could be a factor influencing banks to tread cautiously, it further noted that banks are taking advantage of the excessive borrowing by government from the domestic market to crowd out the private sector, a development the committee fears will have negative consequences on the economy, especially at time businesses need financial injection to.

“The growth rebound which began in the last quarter of 2020 has continued into the first half of 2021. However, the Committee was concerned about the continued sluggishness in new lending by banks which could undermine the growth momentum.

This slow growth in lending reflects increased credit risks on account of uncertainties in the business environment due to the impact of Covid-19 pandemic on the real sector, coupled with very high yields offered on government securities due to increased government borrowing.

This crowding-out effect continues to keep the credit to GDP gap below the long-term trend and is likely to delay recovery of the economy and discourage banks from strengthening their credit underwriting processes to manage credit risks from lending to underserved sectors of the economy,” the MPC report said.

On the other hand, the rising Non-Performing Loans (NPLs) somehow gives banks a justification for their preference of risk-free loans to lending to the private sector which has a heightened risk of ending up as bad debt.

Despite this, the data shows net restructured loans by banks to cushion customers severely impacted by the pandemic stood at GH¢3.66 billion as at June 2021, representing some 7.7 percent of industry loan portfolio.