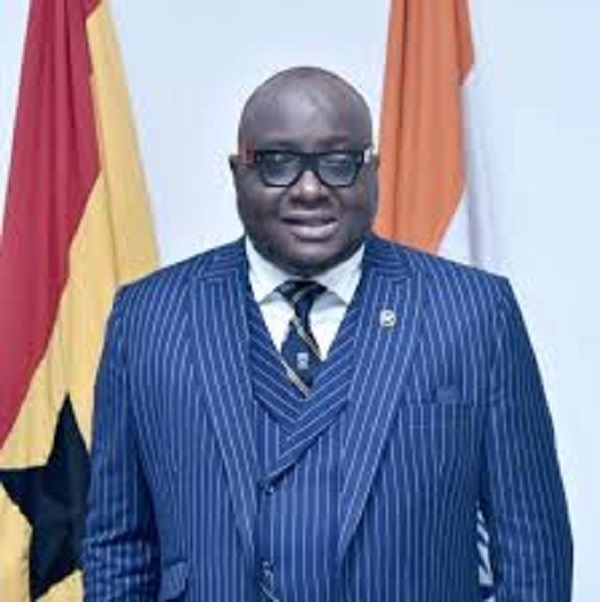 Former Ghana High Commissioner to India, Michael Oquaye Jnr has been appointed as the Chief Executives Officer of the Ghana Free Zones Authority.

Multiple reports indicate that Mike Quaye Jnr has been handpicked by President Nana Addo Dankwa Akufo-Addo for the role.

He is succeeding Michael Okyere Baafi who is now the Deputy Minister of Trade and Industry and Member of Parliament for Juaben South.

Michael Oquaye Jnr is the son of former Speaker of Parliament, Professor Miike Oquaye and served in the first term of the Akufo-Addo government as High Commissioner to India.

All you need to know about Ghana Free Zones Authority

The Ghana Free Zones Authority (GFZA) was established on 31st August, 1995 by an Act of Parliament, the Free Zone Act 1995 (Act 504), with the mandate to promote economic development, provide for the regulation of activities in free zones and for related purposes in Ghana.

The vision of the Authority is to help transform Ghana into the ‘gateway’ to West Africa by creating an attractive and conducive business environment through the provision of competitive free zone incentives and operation of an efficient ‘one-stop-shop’ for the promotion and enhancement of domestic and foreign investment.

To this end the Authority believes that through its vision, it can facilitate a vibrant economy in Ghana, driven by a well-integrated business environment with world-class capacity for competition, technological innovation, business growth, economic diversity and development.

Dr Michael Aaron Oquaye Jnr. is Ghana’s immediate past High Commissioner to India. He had concurrent accreditation to Bangladesh, Sri Lanka and the Maldives.

Dr Oquaye is a Lawyer (Barrister) by profession. He is an International Investment Corporate Lawyer with extensive experience in Project Finance, Infrastructure, Mergers and Acquisitions, General Contract and Commercial Transactions.

His Global experience is mainly focused on emerging businesses and markets – Countries of Business include UK, USA, ECOWAS Region, and South Africa.

His varied areas of Legal Practice are in the Sectors of Energy (Oil and Gas, Biofuels and Renewable Energy) Media and Technology, Telecommunications, Commodities and Agri-Business among others.

His work experience spans many years in both the UK and Ghana. His last job in the UK was at 9 Kings Bench Walk, Chancery Lane, London, where he worked with Renowned Barrister AI Mustakim.

In Ghana, he is currently a Legal Practitioner at Exusia Law Consult with renowned lawyers such as Dr Yeboa Amoa (First Managing Director of Ghana Stock Exchange) and Mrs. Essie F. Cobbina (Cocoa Board Ghana).

He was called to the Bar of England and Wales at the Honourable Society of Lincoln’s Inn and later called to the bar in Ghana. He holds a BL from BPP Law School in Holborn, UK and an LLB from the Oxford Brookes University in Oxford.

He is also pursuing an LLM in Oil and Gas at Dundee University, Scotland, UK. He is married to Maureen Oquaye and they are blessed with three children.