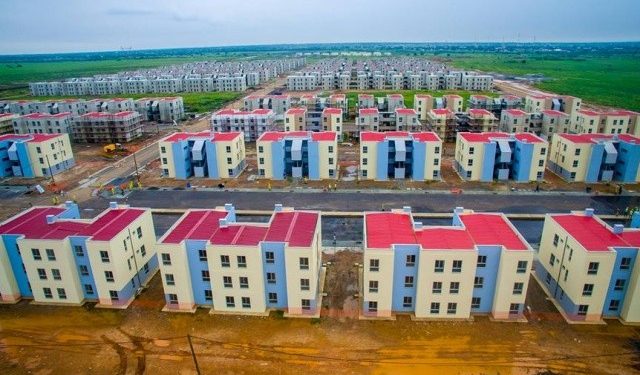 The Attorney General (AG) says consultancy services under the Saglemi housing project were awarded three times with an estimated amount of $13 million costing the Ghanaian taxpayer.

This was detailed in documents filed by the Attorney General’s office on behalf of the AG which sought to charge a former Works and Housing Minister, Alhaji Collins Dauda and four others for causing financial loss to the State and are facing 52 charges for various roles played in the Saglemi housing project.

In the said document which has been captured in a JoyNews report monitored by GhanaWeb, in April 2013, an Architectural & Engineering Services Limited (AES Ltd), which was given the consultancy contract, decided to also subcontract another company called Vito-Hugo-Coordenacaoe Gesto De Projectos (VHM) for 24 months.

The subcontract to VHM cost the country a maximum amount of $2.9m while AESL was to be paid not more than $2m.

“In April 2015, while VHM and AESL are said to have been providing the said Services, the Ministry of Works and Housing is alleged to have entered into another contract for consultancy services with Ridge Management Solutions DEC-LLL (RMS).

RMS was represented by its director and majority shareholder, Nouvi Tettey Angelo. This was to span a period of three months at a contract sum of $5.6m,” the report stated.

At the time, RMS was not registered in Ghana as a company but the AG’s office in the document stated that investigations revealed Angelo was also a Director of VHM awarded the same services two years earlier.

“In August of 2016, then Minister of Works and Housing Kwaku Agyeman-Mensah is alleged to have entered into yet another consultancy agreement with RMS, this time christened “marketing implementation services” for a sum of $2.5m,” the report said.

This, the AG further explains, all the while, the consultancy services were being performed by AESL and VHM as per the 2013 agreement signed with the ministry.

The AG claims that it was extended at various times by Agyeman-Mensah and Ziblim Yakubu, former Chief Director at the Ministry.

The AG concludes that further payments were made to AESL, VHM and RMS without evidence of work done contrary to the contract’s requirement while an amount of $5m was stated as consultancy fees under the original Housing project agreement.