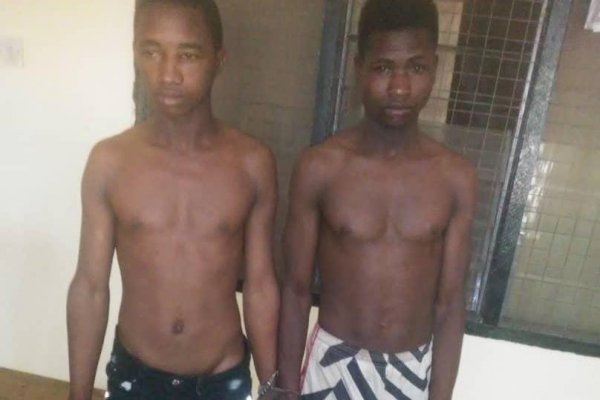 Two suspects are in the custody of the Police in the Savannah Region for kidnapping a resident.

This was contained in a situation report released by the Police in the Savannah Region on Sunday, and sighted by the Ghana News Agency.

The report said, “On July 30, this year, at about 0200 hours, Buipe Police patrol team arrested suspect Aliu Mohammed, aged 23 with Sonlink motorbike registration number M-20-NR- 5469, and Naaru Joli, aged 20 also with Honda Motorbike number M-12-NR- 3254, both Fulanis riding towards Buipe direction on the Tamale-Buipe Highway near Sawaba and suspected them as motorbike snatchers and brought them to Buipe Police station for investigation.”

It said, “During the interrogation, the two suspects confessed their involvement as kidnappers and mentioned Babuga, Amadu, Burger, Haruna, and Sumaila, who are on the run, as accomplices.”

It said, “On July 31, this year, suspects Mohammed Aliu and Naaru Joli led Police to the outskirts of Yapei and identified one Laagi Mahamadu as a victim, who was kidnapped and sent to the bush for three days somewhere in April, 2021 and also Umaru Mohammed the father of the victim, who paid a ransom of GH¢ 10,000.”

The situation report said, “Suspects Mohammed Aliu and Naaru Joli are in custody.”

It said the two motorbikes had been impounded for investigation adding “efforts are being made to arrest the accomplices and bring them to book.”