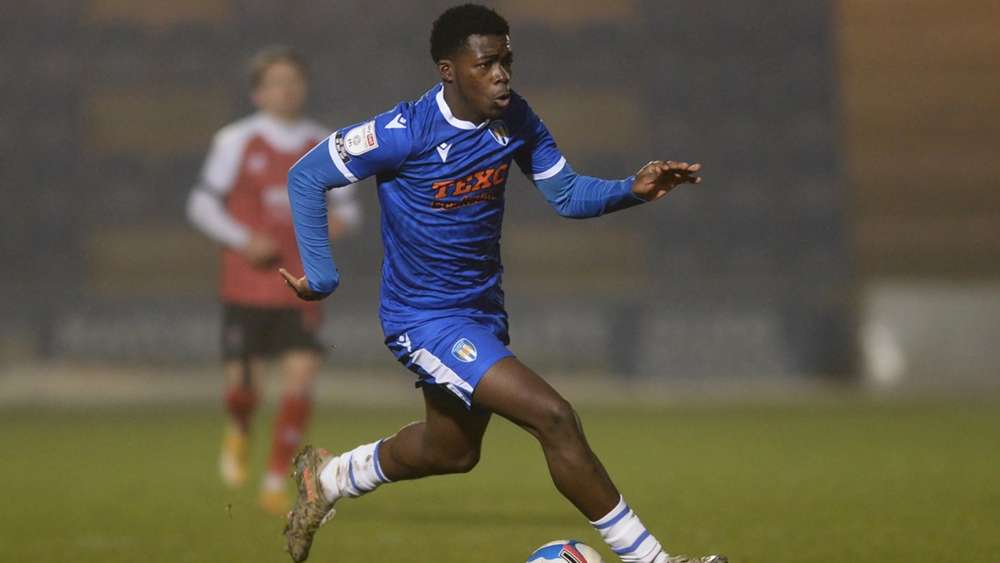 The fourth-tier charges, who compete in EFL League Two, confirmed the teenager will not be part of their squad ahead of the new campaign.

“The exciting forward moves to London Road after two seasons in north Essex, having made more than fifty appearances for the U’s,” the club stated on their official portal.

“He came to Colchester in the summer of 2019 after a successful trial, after scoring twice in a dozen appearances for non-league side Worthing in the second half of the 2018/19 season.

The 19-year-old has wished his now immediate former team the best, stating he enjoyed his time there.

“I really enjoyed it at the club, and I wish them nothing but good luck for the future.”

U’s Director of Football Tony Humes has stated they did not want to let the teenager leave but they had no option since the deal was right for all the involved parties.

“Kwame is a player with enormous potential and we didn’t want to lose him,” the official said.

“But the deal was right for all three parties, Kwame, us, and Peterborough, and when that happens, you can’t stand in the way of a young player’s path to a higher level.

“We all hope he enjoys the success that Sammy and Frankie have enjoyed in their time with Peterborough and wish him the best of luck.”

The West African joined Colchester in 2019 after a successful trial and later impressive displays with the U23 team, he was eventually promoted to the senior team in the 2019/20 season.

He played 62 matches for them and scored five goals. At international level, he has been capped once by the Black Stars.

???? Colchester United and Peterborough United have reached an agreement for the transfer of Kwame Poku.

We would like to wish Kwame all the best for his move to the Championship side. ???? #ColU