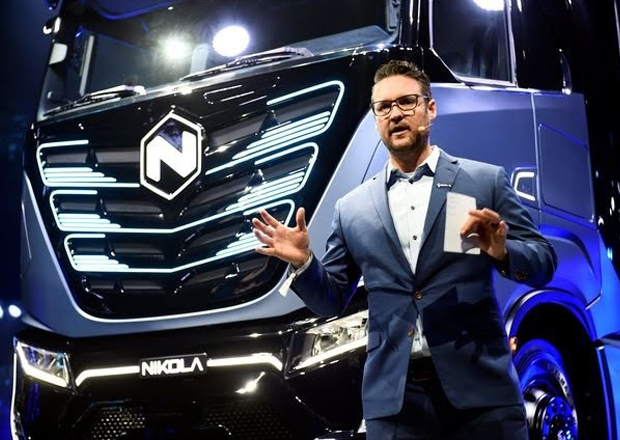 Nikola Corporation founder and former chairman, Trevor Milton, has been charged by prosecutors with making false statements to investors in the electric-vehicle startup. The company’s shares fell the most in almost five months.

Milton, 39, who stepped down from the company last year, is in federal custody after voluntarily surrendering. He’s charged with misleading investors from November 2019 until around September 2020 about the development of Nikola’s products and technology, according to an indictment unsealed Thursday by federal prosecutors in N.Y.

“Milton sold a version of Nikola not as it was — an early-stage company with a novel idea to commercialize yet-to-be proven products and technology — but rather as a trail-blazing company that had already achieved many groundbreaking and game-changing milestones,” according to a separate complaint filed Thursday by the Securities and Exchange Commission.

Lawyers for Milton didn’t immediately respond to an email seeking comment. Nikola said in a statement that it has cooperated with the investigation and reiterated its commitment to start vehicle production. “Today’s government actions are against Mr. Milton individually, and not against the company,” it said.

Nikola shares of the electric vehicle startup fell as much as 11% on Thursday, the biggest intraday drop since March 5, and touching the lowest level since May 26.

Nikola’s sudden rise and dramatic fall started a trend. Electric-vehicle startups including Lordstown Motors Corp. and Canoo Inc. have gone down similar tracks, merging with special purpose acquisition companies and then struggling to hold up to scrutiny after going public.

Shrinking Valuation
Nikola’s market capitalization has plunged from almost $29 billion in June last year to about $5 billion currently. Milton is the company’s largest shareholder with about a 20% stake in Nikola, according to data compiled by Bloomberg.