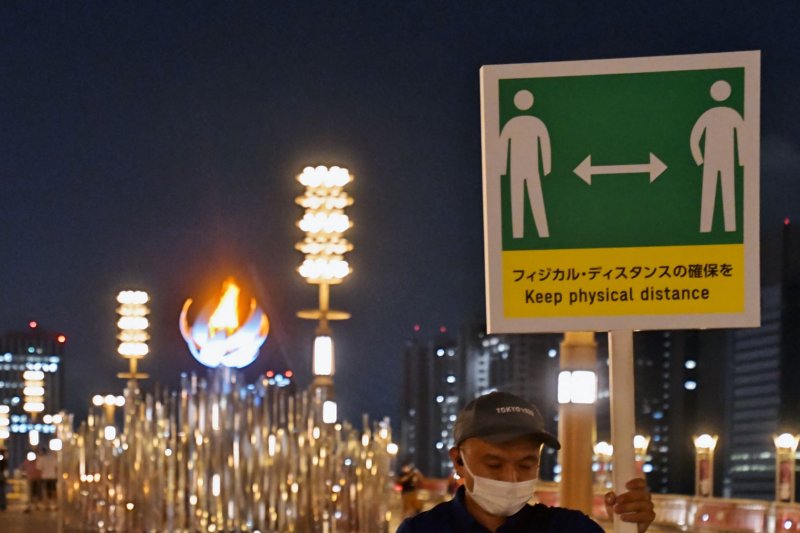 Bombs planted on military bus in Damascus kill at least 14, in deadliest attack in years

July 30 (UPI) — The Japanese government on Friday extended a state of emergency in Tokyo and made the declaration for four additional prefectures due to spiking COVID-19 cases, aided by he Delta variant.

Officials said there were more than 10,000 new cases in Japan on Thursday, with many of those reported in Tokyo. The new emergency declarations cover the capital and Saitama, Chiba, Kanagawa, Okinawa and Osaka prefectures and run through Aug. 31.

Tokyo and Okinawa had already been under states of emergency.

“We have a serious sense of crisis,” Prime Minister Yoshihide Suga said, according to Asahi Shimbun. “We would like to firmly respond to this crisis to prevent a strain on hospitals across the nation while we proceed with the vaccine rollout.”

“Infections are increasing and spreading faster than ever before in many areas,” Suga said Friday, according to the Japan Times. “There’s a possibility that the number of serious cases will increase and hospitals become further strained if the number of infected people continues to surge as the Delta variant rapidly becomes dominant.”

Less than 30% of Japan’s population is fully vaccinated, according to Johns Hopkins University.

“I’ve said this before but I’ll repeat it again: Until the population is sufficiently vaccinated, we’re fighting the virus bare-handed,” Koike said, according to the Japan Times.

“We’ve asked residents to isolate themselves countless times, but our goal, as a country, should be to make this the last.”

The extended emergency for Tokyo came as the 2020 Summer Olympics are nearly finished with the first week. The Games will run until Aug. 8.

Bombs planted on military bus in Damascus kill at least 14, in deadliest attack in years