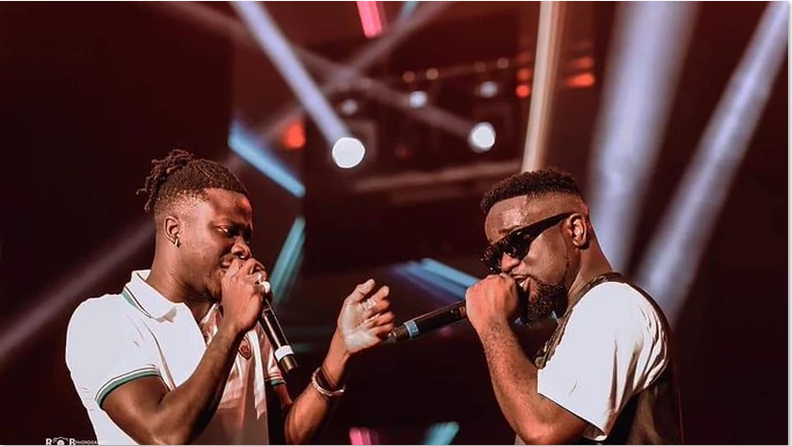 Stonebwoy and Sarkodie have held on to a feud since 2020

Sarkodie has stated that he will smoke the peace pipe with Sarkodie when the time is right.

The two have been fighting each other after Sarkodie allegedly reported Stonebwoy to the police for physically assaulting his manager.

Both parties have held on to the grudge for a while now and have since the incident unfollowed each other on social media.

But asked when he intends to reconcile with Stonebwoy who surprisingly promoted his newly released ‘No pressure’ album on social media, Sarkodie said;

“When it is time for me and Stonebwoy to have a conversation, it will happen organically. When he tweeted my album, I retweeted and appreciated it”

According to Sarkodie, he doesn’t want his relationship with Stonebwoy forced by any means.

Prior to Stonebwoy’s promotion of Sarkodie’s newly released ‘No pressure’ album, the two have not in any way communicated since August 2020.